The only species likely to cause confusion at Keele is the Holly Blue. In that species the underside is grey with black dots whereas the underside of the Common Blue is fawn with circular markings of black, white and red; an altogether more colourful species. 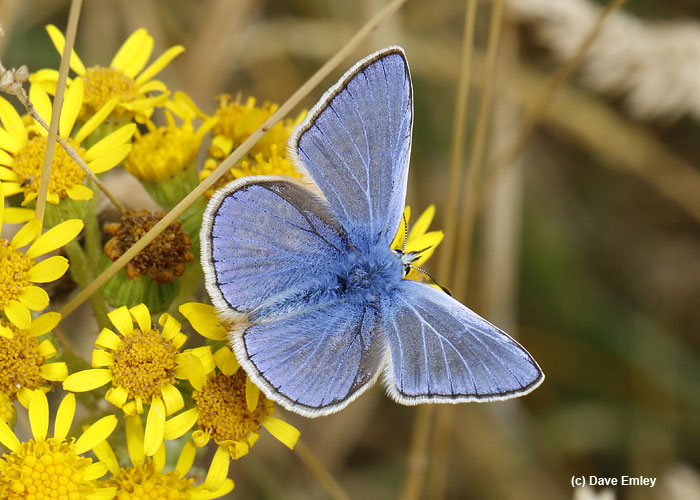 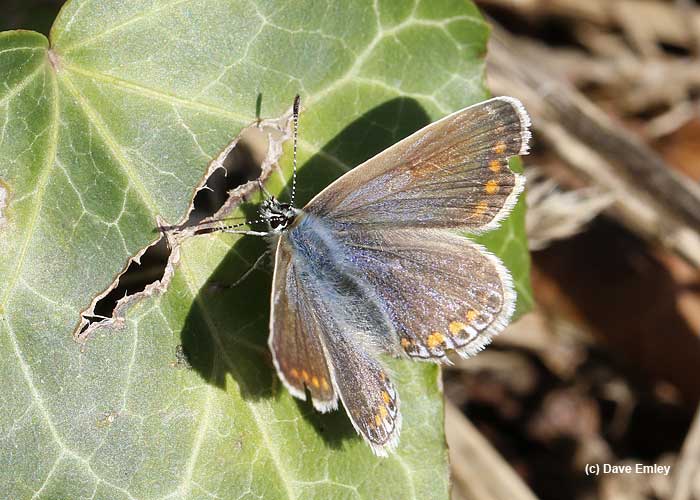 The female Common Blue is brown with a hint of blue on top.

There are two broods; the first in May and June and the second July to September.

This is a butterfly of open, sunny areas with short turf but it is not often seen here. The lower end of campus and Clock House Drive are areas to look. 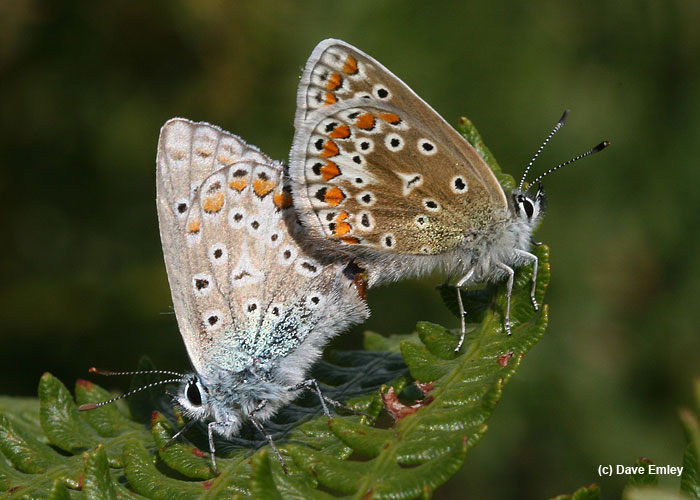