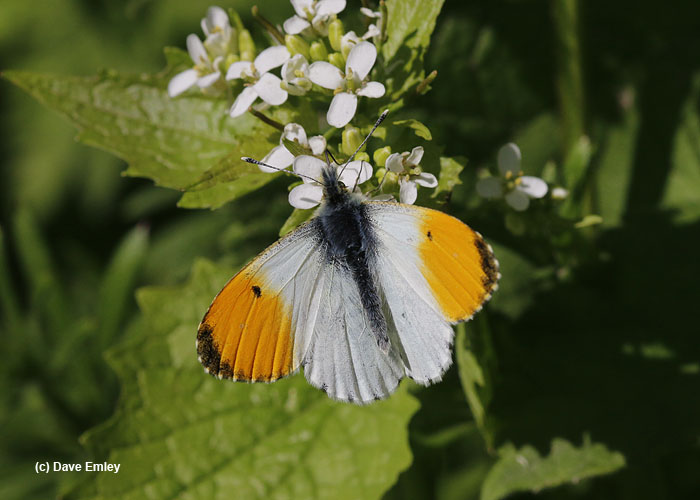 The male is distinctive with its orange wing tip, however, the female could be taken for a Green-veined White at first but, unlike that species, the upperside of the wing is mottled with grey-black. 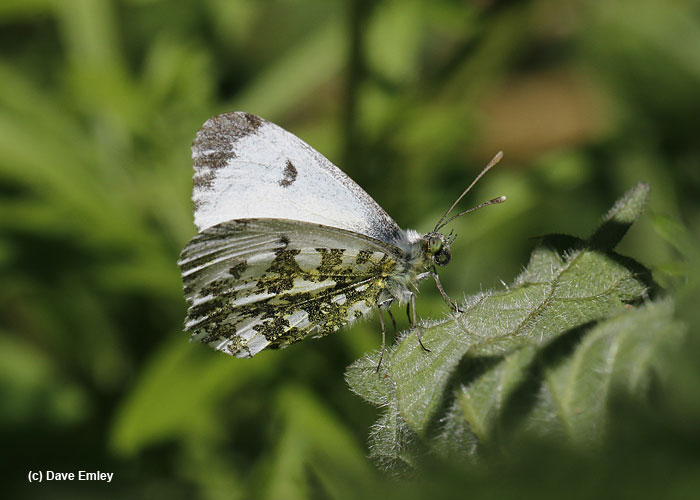 The underside of the wing is quite different from that of other white butterflies. 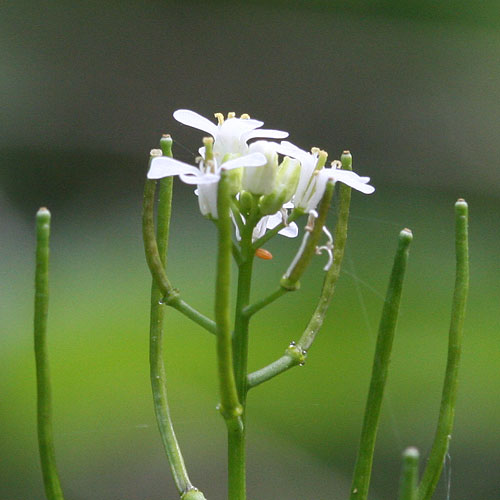 Though small, the orange eggs are surprisingly easy to spot. The female rarely lays more than 1-3 per plant - insurance against the larvae running out of food! Also, the larvae can be cannibalistic.

The larvae feed principally on Lady's Smock Cardamine pratensis. This is a plant of damp meadows and pool margins so this is one place to look for the butterfly.

Hedgerows are another as the larvae also feed on Jack-by-the Hedge Alliaria petiolata. Adults are on the wing from late April to June.