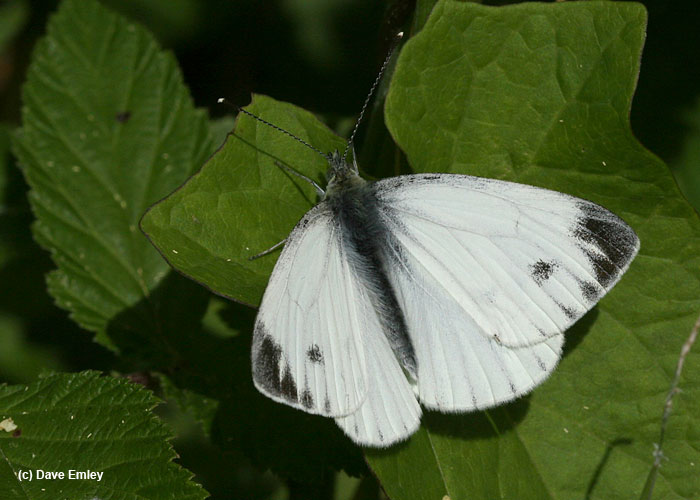 In contrast to the Large White and Small White the veins on the upperwing are distinctly darkened, this darkening being more suffuse in the spring brood. The veins on the underside of the wing are also darkened diffusely.

Like the other whites, the males have a single spot on the upperwing, while the females have two.

If you look at the black patch at the tip of the wing you can see that it is split in to smaller discrete patches which extend over half way down the wing margin. In the Large and Small Whites this black area is continuous. 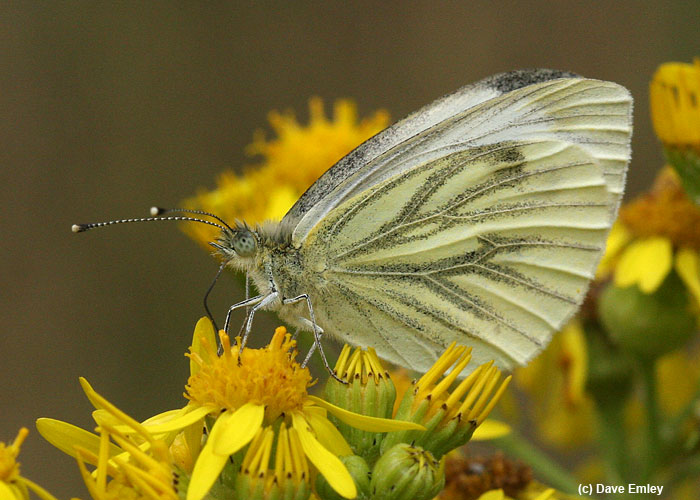 The green veins on the underside of the wing, which give the species its name, are clearly visible here.

The larvae of this species feed on various cruciferous species but seldom on cultivated ones so it is not the pest that Large and Small Whites are.

There are 2 broods per year, with the adults of the spring brood being slightly different to those of the autumn brood.