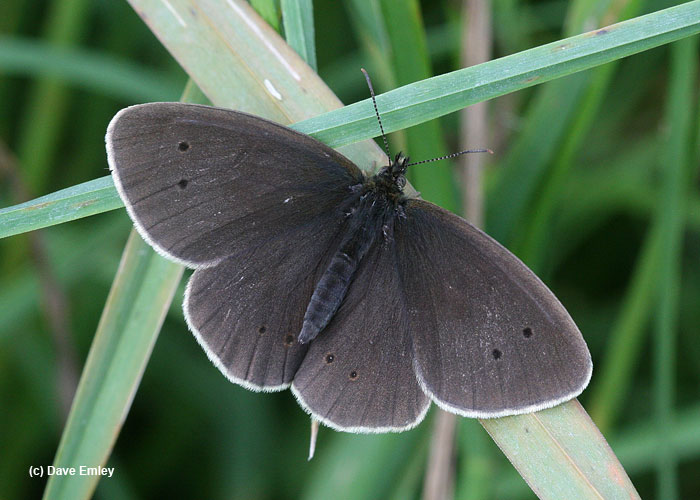 The Ringlet is a butterfly of woods and cool, moist places where the air is damp and still. Woodland rides with tall grasses are a typical habitat. Over much of the south, east and west of the country it is a familiar butterfly but, strangely, it has always been a rarity in Staffordshire until very recently.

It used only to be found around Woodseaves, to the south of Eccleshall, and along the disused railway line in Gnosall. It hasn’t been seen at either site for some years. However, today, it is found across the county - a success story!

The species was first found at Keele in 2004 and is now not uncommon in grassy areas such as Clock House Drive. 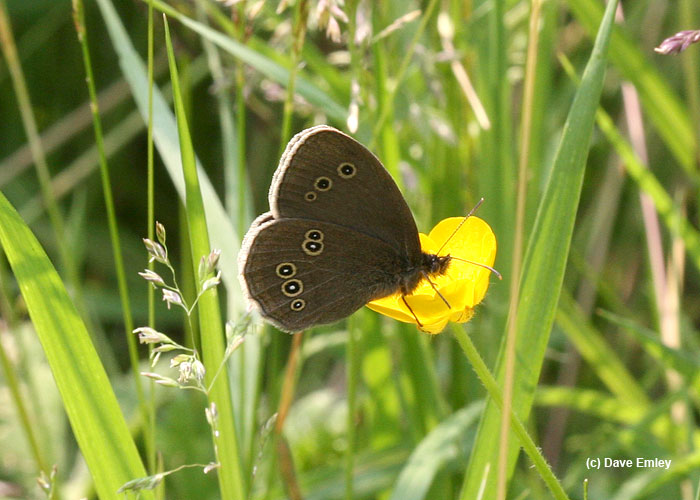 It is very distinctive with its velvety, almost chocolate-brown upperwings and distinctly eyed underwings. The size of the eyes can vary from almost dot-like to large and oval. However, the form illustrated here is the most frequent.

Ringlets are almost always found in discrete, self-contained colonies. Such a habit means that colonisation of new areas is slow and would explain, perhaps, why it has never spread through Staffordshire before now.

They emerge in the end of June and peak in the latter half of July, with stragglers lingering in to August. They remain active, even in dull weather. The adults are attracted to the nectar of flowers such as bramble and thistle. The caterpillars feed on grasses with Cock’s-foot being a favourite.