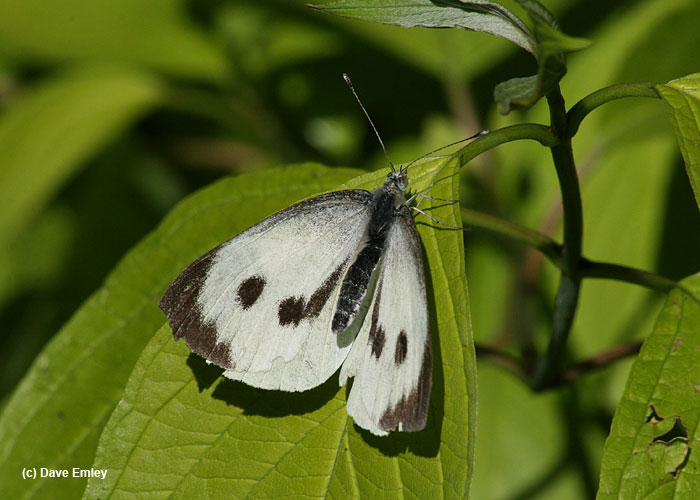 The Large or Cabbage White can be confused with the Small White but the black patch on the tip of the wing spreads to about half way down the wing margin whereas on the Small White it spreads only a short distance.

As with the Small and Green-veined Whites the males have only one spot on the upperwing (generally quite small) while the females have two. 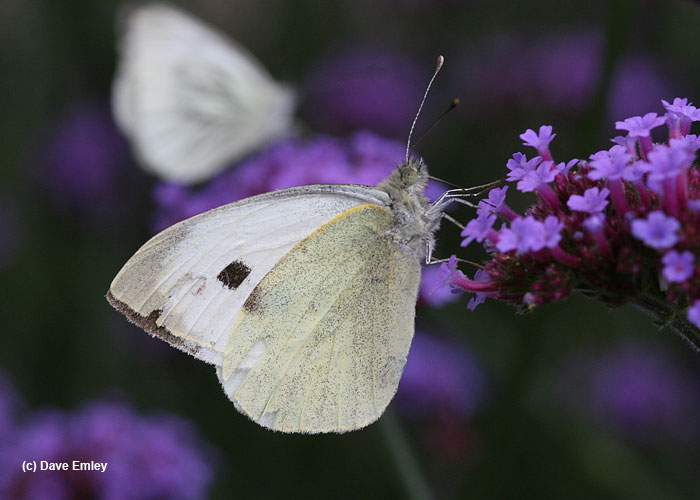 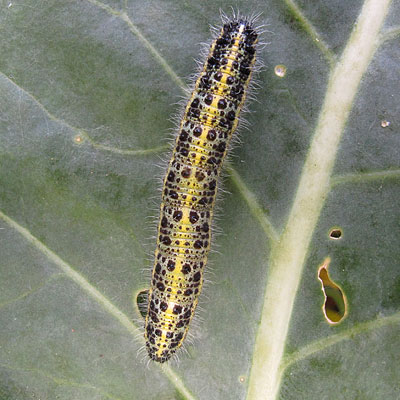 The larvae feed on various crucifers and to gardeners are well-known pests of brassicas eg. cabbage, sprouts etc. There are 2 broods per year and the adults fly between April and October. In the late summer numbers are swollen by the arrival of immigrants when it can become very common.

Numbers of this species are kept in check by predations of a small (3mm) parasitic wasp Apanteles glomeratus.