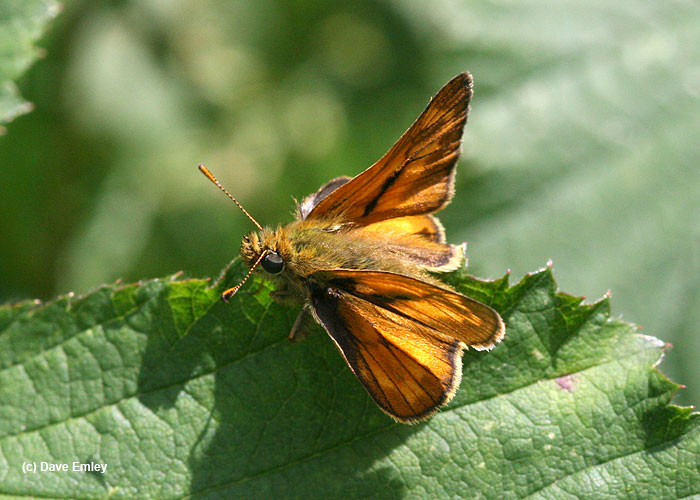 Similar to the Small Skipper which, as its name suggests is smaller and also much less marked on the upper surface of the wing.

The dark mark on the wing of the individual in the photograph tells us that it is a male; females do not have this mark. The scales forming this dark mark or "sex brand" are adapted to emit a scent or pheromone which the male uses to attract a mate.

Adults are fast fliers; on the wing from June to August and are common in open grassy areas. The larvae feed on various grasses.

Lower Clock House Drive is a good spot for these.