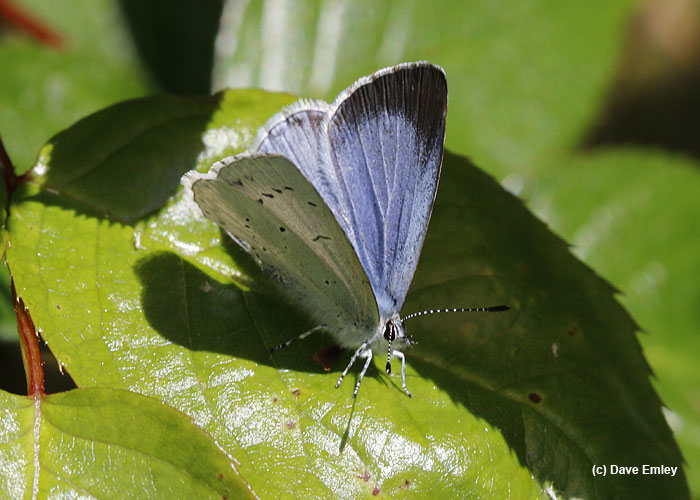 The only other blue butterfly at Keele is the Common Blue but, whereas that species is found in open areas with short turf, the Holly Blue is a species of woodland and mature gardens.

The easiest way to tell them apart is to look at the underside of the wing (quite easy as they often rest with wings held above the body). The Holly Blue has grey wings with black speckling whereas the Common Blue has fawn-coloured undersides with round markings of black, white and red - much more colourful. 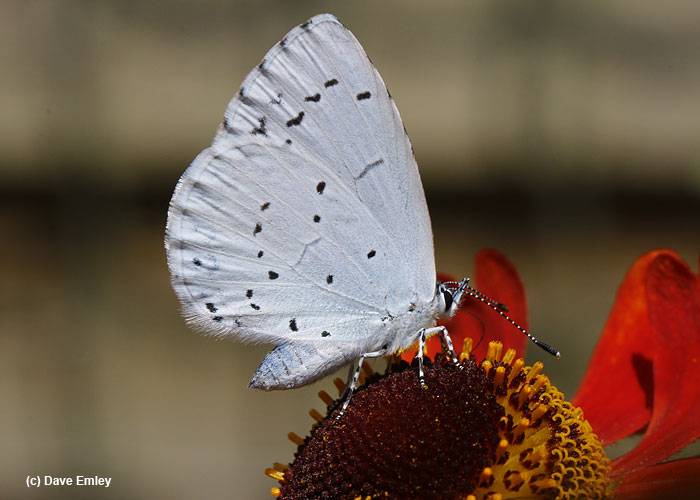 The species is unusual in that the larvae of the two broods feed on different foodplants. The adults of the spring brood lay their eggs on Holly. These larvae the feed up and develop into adults that emerge in the autumn. However these then lay their eggs on Ivy.