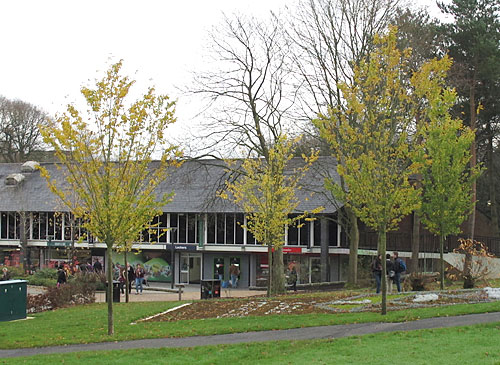 A Dutch hybrid elm cultivar raised at Wageningen, it was released for sale in 1983. It is more resistant to Dutch Elm disease spread by the Elm Bark Beetle than are our native elms. It leafs later and holds on to its leaves longer.

location : avenue of 6 trees planted between the Library and Union Square as part of the redevelopment of that area.