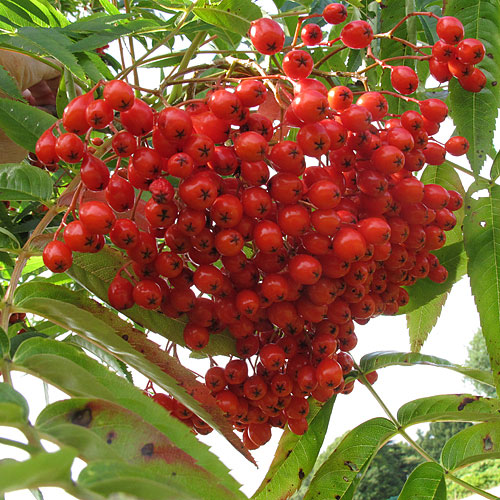 A native of South Korea and is commonly known as the 'Olympic Flame'. In spring, a mass of creamy white flowers appear; these are then replaced by glossy orange- red berries in autumn. The pinnate leaves are also a key feature of this tree as they transform from copper, through to green, then finally to orange-red in autumn. RHS Award of Garden Merit.