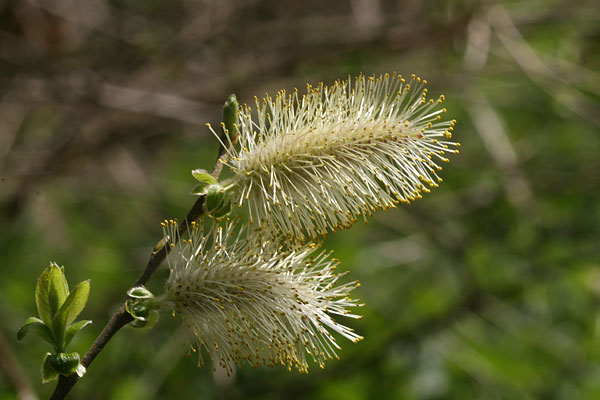 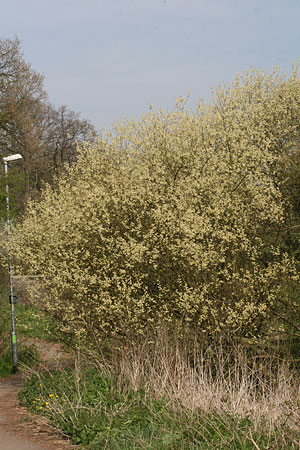 Origin: Goat Willow, Pussy Willow or Sallow is known more for its distinctive catkins that appear in March and April. It is one of the commonest and most widespread of the willows, found everywhere in damp woodlands, scrub and hedgerows.

Flowers: the catkins are an important source of nectar for early-flying insects and can also attract numbers of night-flying moths on warm evenings.

Leaf: the typical leaf is shown above. They form an important food source for caterpillars.

Willows hybridise readily and identification can be tricky. Grey Willow S. cinerea is the one that most often hybridises with it and which causes most confusion. It has more elongate leaflets which are often greyish beneath - but it's a job for the specialist!!

Uses: the wood is little used now but in the past it was used for clothes pegs, rake teeth, tool handles etc. It coppices well and trials are looking into its use as a source of fuel.