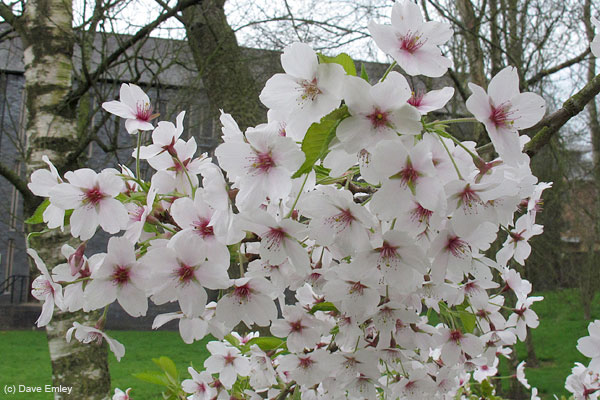 A hybrid between P. speciosa and P. spachiana f. ascendens introduced around 1907.

It was named in 1800s after the village of Somei on the outskirts of Tokyo; but which now forms part of Tokyo - hence it's name of Tokyo Cherry. It is the most widely planted cherry in Japan. It has bluish-white single flowers, up to 30mm across but, before the fall, the centre of each flower and the stamens turn bright purplish-pink.

It flowers early from late March. The autumn leaves are reddish to bright orange and it forms a wide-spreading tree to 10m with a similar spread.