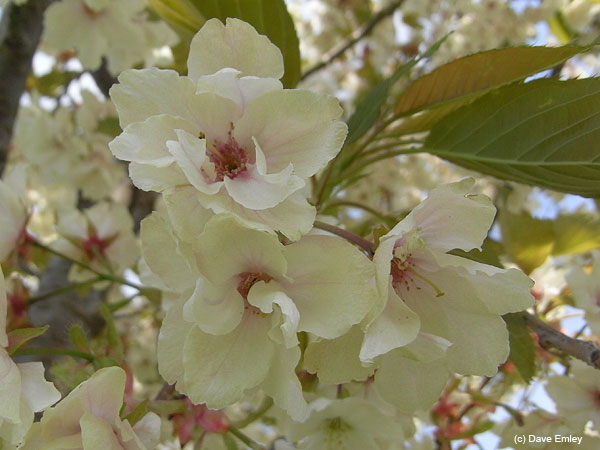 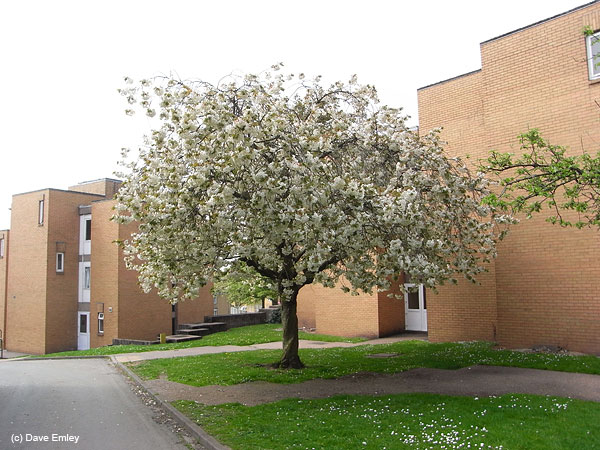 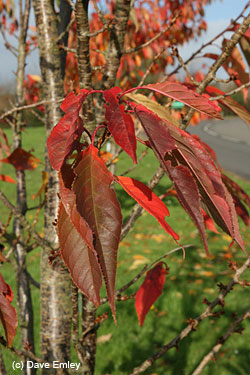 It was introduced to Britain from Japan at the turn of the 20th century.

The flowers, which are semi-double and 40-45mm across, are a pale yellow colour – unusual for a cherry, though they take on a pink tinge as they mature. They are produced in profusion and contrast strongly with the copper colour of the freshly emerged leaves. It flowers from mid-April to May.

The autumn foliage grades from flame red to purple. In habit it is a wide-spreading tree reaching  7m high by 10m across so is not really suited to smaller gardens.