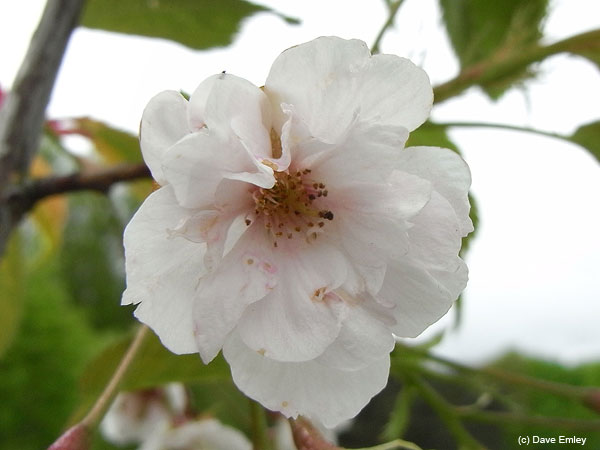 Double pink-flowered Oshima Cherry – a selection of Prunus serrulata var. speciosa – the very variable Oshima Cherry – the insular form named after Oshima Island and the other Izu Islands in the Sagami Bay near Tokyo and on the adjacent mainland – well adapted to growing on young volcanic terrains and hence very variable.

Flowers are smaller than others and appear after the foliage has partly opened.