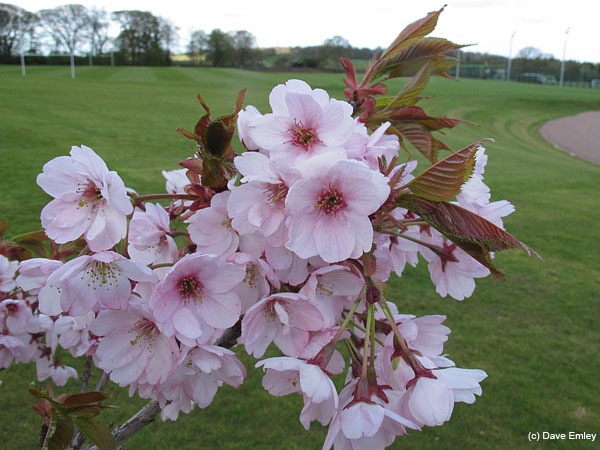 The original tree, called 'Kechimyaku-zakura' has been grown in the precincts of the Kozen Temple, Matsumae. It is said to be either an intermediate between Prunus x sieboldii cv. caespitose and Prunus verecunda or to be similar to Prunus serrulata f. cericea (Miyoshi).