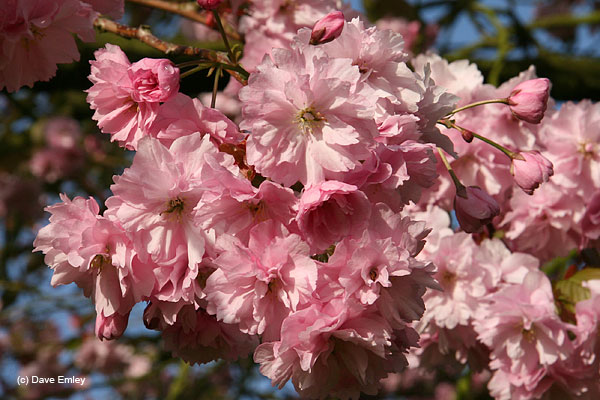 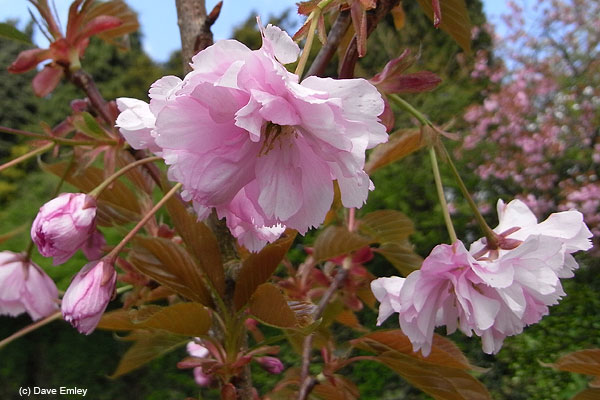 Introduced into the country in 1913 it is named after a Chinese mountain. It is one of the two most obvious cherries at Keele and indeed streets and estates everywhere – the other being the double white-flowered Prunus avium ‘Plena’.

The deep pink double flowers which are born in pendant clusters smother the whole tree in what looks like pink cotton wool. It makes a superb sight when seen against a blue sky. As they age, the petals take on a slight bluish tinge. The leaves are a coppery colour when they first emerge and make a striking contrast with the pink petals. It has a rather upright growth habit – resembling an inside out umbrella – but can become flat-topped in some cultivated forms. It can grow to 10m in height with a 10m spread.

The shade of pink and the density of the flowers make it a striking tree but would probably be too much if planted in groups. Nevertheless it is one of the most widely planted of the flowering cherries.