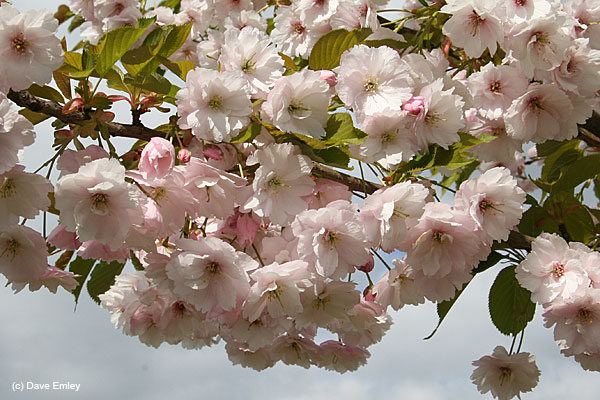 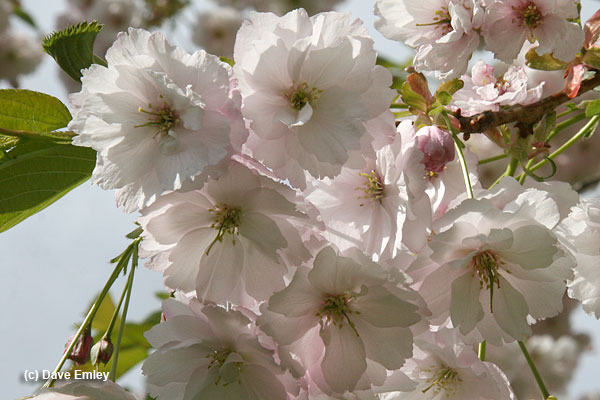 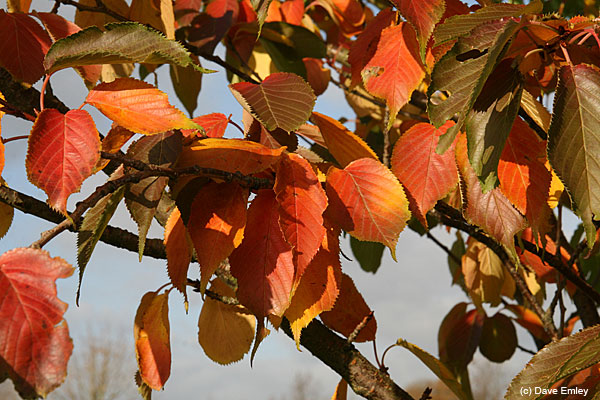 ‘Ichiyo’ means ‘one-leaf’ in Japanese. This refers not to leaves but to the presence of a leaf-like pistil in the flower; many flowers have 2. 'Ichiyo' is closely related to the Oshima Cherry. It has been found in Japan since early c19. It was introduced into Europe by Collingwood Ingram (1926). In Japan ,’Ichiyo’ blossoms were formerly salted and pressed, the preserved flowers later used to make a cherry-flavoured infusion.

A delightful tree with pale pink double flowers, up to 45mm across, on long-stalked clusters with three or four together. The flowering period is from mid-April to May. The young bronzy foliage contrasts well with the pale flowers. A feature of this species is the single leaf-like carpel that can be found in the centre of some flowers. It can be seen in one of the photographs. The autumn colours are an orange-red. It has a strong upright habit, reaching 8m in height and the same in spread.