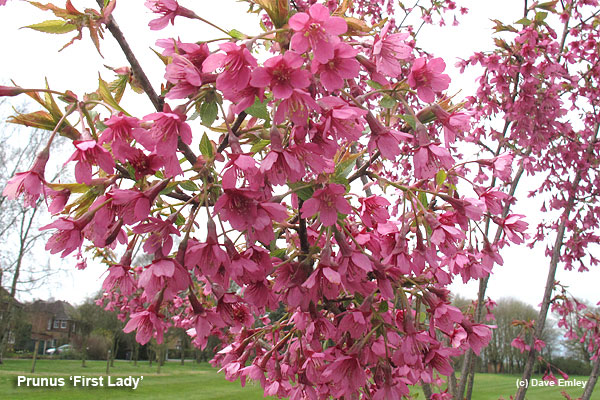 This eastern American bred cherry derives from a selected seedling from the hybridization of P. x incam 'Okame' and P. campanulata by Dr Donald Egolf of USDA (US National Arboretum, Washington DC). After trials across the USA it was released in August 2003 and the name registered in February 2004.

The flowers are single, deep pink-red, campanulate and semi-pendant with dark red calyxes and tassel like stamens. It is very floriferous with a fast growing, upright habit, almost fastigiate (columnar). The leaves are large dark, glossy-green. It flowers late March and produces small dark-red fruits and is cold-hardy.