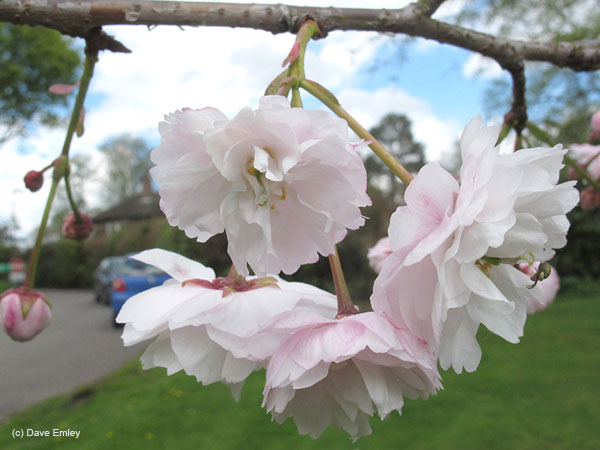 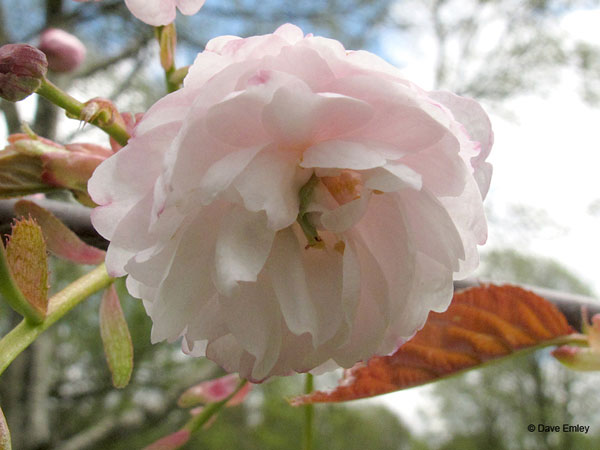 Trade Name - Spring Snow. Selected by Masatoshi Asari in Hokkaido, Northern Japan in 1963 from seedlings of a hybrid between double-flowered P. verecunda and a P. lannesiana cultivar. It was introduced to the UK in 2000. The name in Japanese means red ball-brocade, an allusion to its red ball-like buds and flowers. Medium-sized double flowers, white with a faint pink flush. Late flowering. Eventually forms a spreading tree up to 2.5m.