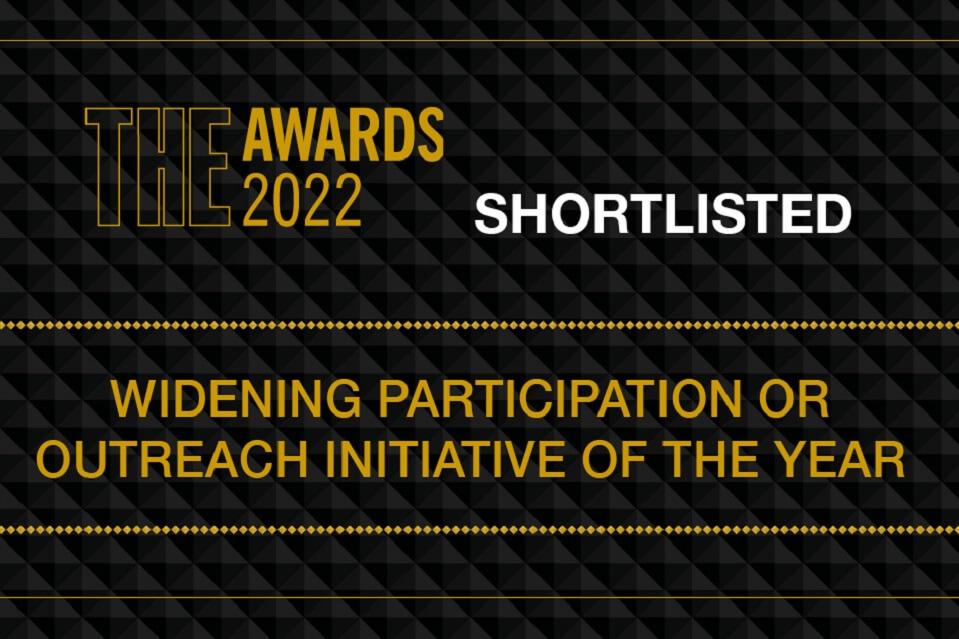 A widening participation programme led regionally by Keele University has been nominated for a prestigious award in the “Oscars” of Higher Education.

Higher Horizons has been shortlisted for the Widening Participation or Outreach Initiative of the Year award in this year’s Times Higher Education Awards, which celebrate the talent, dedication and innovation of individuals and teams across all aspects of university life.

Established in 2017 as part of the Office for Students (OfS) Uni Connect programme, Higher Horizons (HH) is led regionally by Keele University, alongside partner colleges and universities from across Staffordshire, Shropshire and Cheshire.

Since its inception, the team has delivered almost 4,000 outreach activities and engaged with more than 30,000 young people, with those who took part being three times more likely to apply to university than those who didn’t engage with the programme. When HH began, just 18% of the young people in their target groups across the region went on to university or another form of Higher Education. Thanks to the work of HH, the figure now stands at 42%.

Ant Sutcliffe, Associate Director of Higher Horizons said: “We are delighted to be on the shortlist for such a highly competitive and nationally prestigious award. We have an incredible team who are driven, every day, by having positive impacts on the young people we work with.”

Hannah Merry, Head of Higher Horizons Operations added: “We know that we have fantastically talented young people across our region who go on to excel when given the same opportunities as those in other parts of the country. We are proud to support our young people in realising their potential.”

The winners will be announced at an awards ceremony in London on Thursday, 17th November.