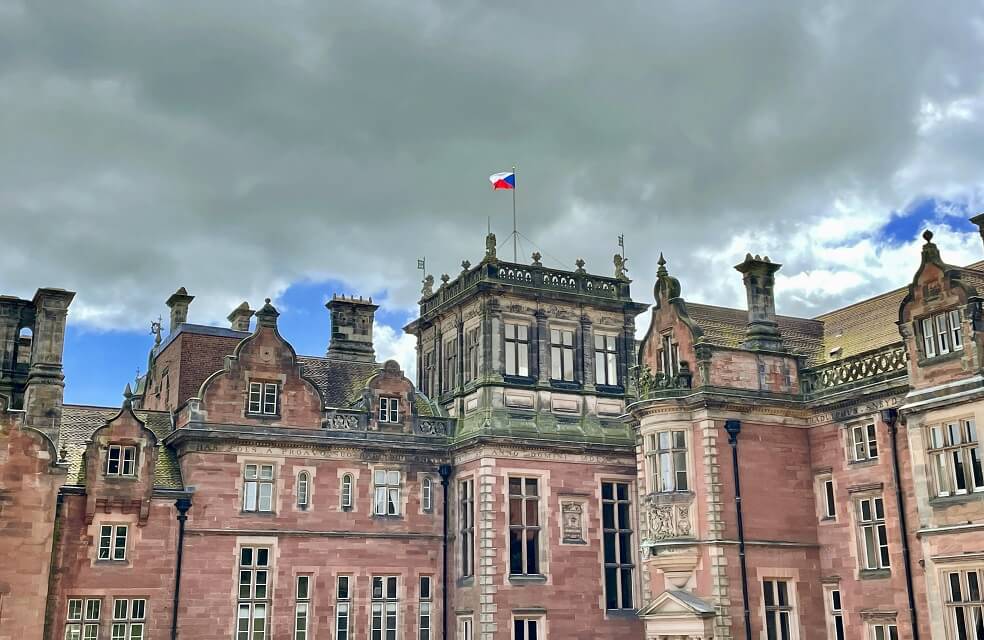 Today (6 September), Stoke-on-Trent City Council will commemorate the 80-year friendship between Stoke-on-Trent and Lidice with the official unveiling of the Memorandum of Understanding signed by representatives of the City Council, Lidice Town Council, the Lidice Memorial, and local partners.

The memorandum was originally signed in 2012 to celebrate the ‘deep and profound friendship’ between the two locations.

The copy of the agreement will be unveiled at an event taking place in Kings Hall, Stoke, with guests including the Lord Mayor, Cllr Faisal Hussain, the leader of the city council, Cllr Abi Brown, and representatives of the Lidice Lives organisation. Ann Pittard, Director of Engagement and Partnerships, will be representing Keele University at the event.

On the 10 June 1942, Nazis entered the village of Lidice, shot 173 men, removed all the women and children to concentration camps, and razed the village to the ground. In Stoke-on-Trent, the response to the brutality at Lidice was led by local GP and politician Barnett Stross alongside the North Staffordshire Miners' Federation.

The University enjoys a particularly strong relationship with the people of Lidice. Barnett Stross was the founder of Keele University's art collection, being a generous donor of art to both Keele and The Potteries Museum & Art Gallery. Stross also established the now internationally acclaimed Lidice Art Gallery in Bohemia, now the Czech Republic. 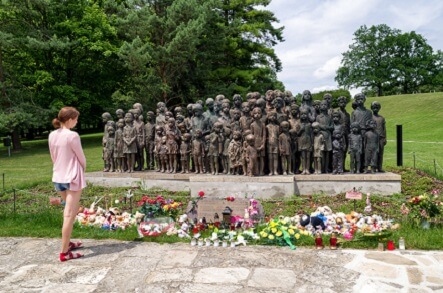 A memorial to the child victims of the atrocity in Lidice.

Today, the University is proud to fly the Czech flag above Keele Hall in solidarity with the people of Lidice and our partners more locally, joining to reaffirm that Lidice Shall Live forever.

Ann Pittard from Keele University said: “The Lidice Shall Live campaign was an astonishing achievement by the people of Stoke-on-Trent and Staffordshire - the birth of an international movement to rebuild a village erased by the Nazis and provide a permanent reminder of such atrocities.

“It’s a story intertwined with Keele's. Barnett Stross's extensive art collection is held by the University and includes works by artists forced to flee persecution in Europe.

“We’re honoured to be part of the 80th anniversary event. It’s important that we continue to remember the story of Lidice and learn from the achievements of those who led and supported the campaign.”

Read more about Stoke-on-Trent’s ongoing support for Lidice on the city council’s website.

Learn more about the University’s art collection, and its significance to Lidice, by reading Peter Davies’ recently published introduction to the collection on ArtUK.