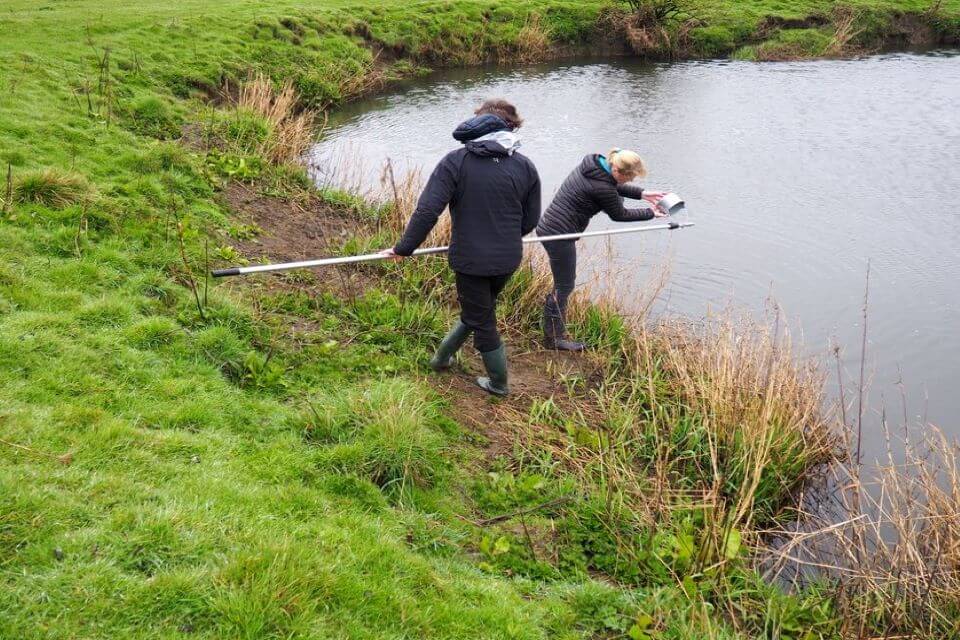 A project exploring the legacy of a Staffordshire town's once booming textile industry has found fibres preserved in lake sediment.

The textile industry in Leek created many employment opportunities for people in and around the area, but saw multiple mills across the town pumping dye and waste into the water.

Scientists from Keele University led the Restorying Riverscapes project to study the impact of the industry on the River Churnet. The river was heavily used by the textile industry to make dyes, leading to it becoming known as one of the most polluted rivers in Europe.

A team made up of researchers from Keele and Loughborough Universities, campaign group Fashion Revolution, and local community members, studied both the physical and social legacy on the river by taking sediment cores, sampling river water, visiting archives and conducting interviews as part of the project. Samples were taken from the Churnet and nearby Rudyard Lake, a reservoir which was historically downstream of textile mills.

Analysing the samples to see how the fibres present have changed through time, the team found that natural fibres – such as cotton and wool - remained in the lake sediment, with contemporary natural fibres found in the river water. Synthetic fibres, made from plastics, appeared only in the more recent sediments and contemporary water samples.

Further tests are now under way to determine the date these fibres were deposited in Rudyard Lake. The researchers say an international effort is needed to fully understand the ongoing impacts of textile fibre pollution on rivers.

Deirdre McKay, Professor of Sustainable Development at Keele University, said: "Leek and the Churnet have a fascinating history, and people take a lot of pride in the amazing textiles the area produced. However, what was most revealing was just how long it could take the river to recover from its industrial heyday.

"Rivers are nature's highways. Textile fibres entering rivers can potentially interact with many other chemical pollutants which might stick to the fibres’ surfaces and then be transported long distances, including out to sea."

The project could now be rolled out around the world, to look at the impact of the textile industry and industrialisation in other countries.