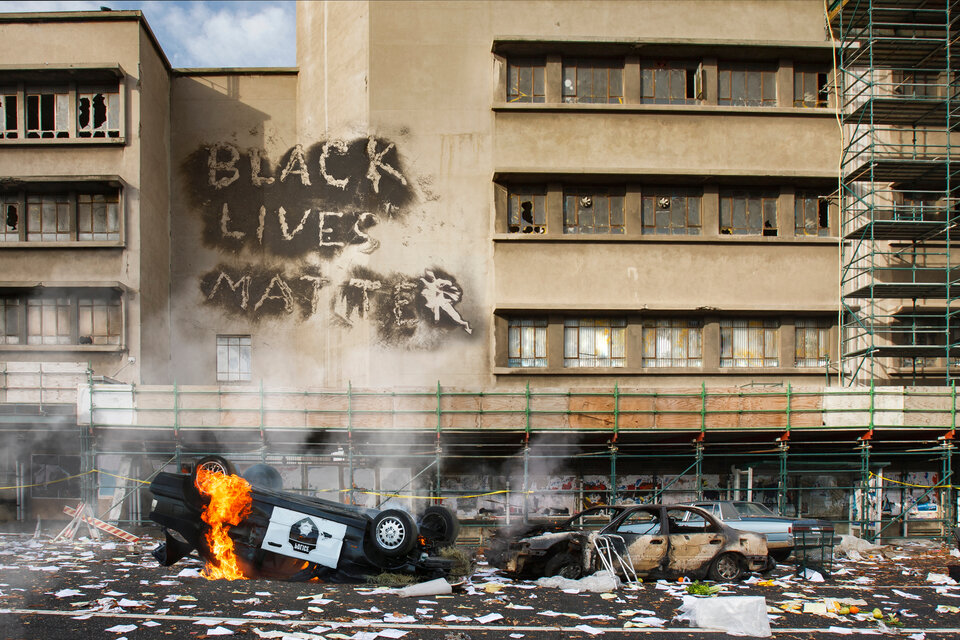 Research by experts at Keele University into the policing of Black Lives Matter (BLM) demonstrations in a major American city will be used to help police forces across the United States and beyond prevent peaceful protests turning into riots in the future.

Seattle, a city of more than 725,000 people in Washington state, faced some of the most determined, controversial, and prolonged of the nationwide BLM protests in the US during 2020. Through nearly five months of demonstrations in Seattle there were several that escalated into high levels of violence, property destruction, police use of force, and curfews.

Professor Clifford Stott, a Professor of Social Psychology at Keele University and Director of Keele Policing Academic Collaboration (KPAC), was commissioned by the City of Seattle Office of Inspector General (OIG), a watchdog agency that monitors Seattle Police Department operations, to analyse the policing of the protests in the city and investigate the causes of disturbances.

Over the last two years Professor Stott, a leading expert on crowd psychology and policing, interviewed residents and police officers and explored the reasons why certain peaceful protests in the city turned into widespread confrontations between the two sides.

The report argues that one of the key contributing factors was the police department’s use of an "outdated and flawed" theory of "mob psychology" to understand the dynamics of conflictual crowd situations. This led to a police approach that failed to use dialogue to de-escalate situations, and instead became overly reliant on the use of force against crowds.

The report also argues the nature of the protests began to change because of the style of policing, moving away from peaceful protests about issues related to the murder of George Floyd toward demonstrations directed at police.

Professor Stott has put forward a series of recommendations that highlight a pressing requirement for Seattle Police Department to update and improve its policy, training and tactical approaches concerning managing crowd situations – to avoid similar escalations in the future. This will see the creation of a community-oriented dialogue unit to facilitate communication during protests.

Professor Stott said: "The report is likely to have wide-ranging impacts on the perspectives of police departments across the US, and indeed the world. In this study, new thinking about the social psychology of escalatory violence in Seattle highlights the critically important role of police and community interactions, and the legitimacy of police conduct.

"The work is especially valuable in helping to understand how police departments can use an understanding of crowd psychology to de-escalate tensions in otherwise dynamic and uncertain environments. In these ways, the report will hopefully lead to new research-led strategies and tactics by police, both in and beyond Seattle, that increase their capacity to maintain the safety of the public and police during crowd events while ensuring constitutionally protected rights and freedoms."

Lisa Judge, who leads the Office of Inspector General, said: "OIG collaborated with Professor Stott to create a report that can be used by Seattle Police Department as well as other departments to help inform police response to future protests.

"One step toward improving community trust in SPD is keeping command staff and officers up to date on the most current theory and practices of crowd management. We as a community are still feeling the impacts of the events of 2020 and this report continues the work of reform and improvements in SPD response to demonstrations."