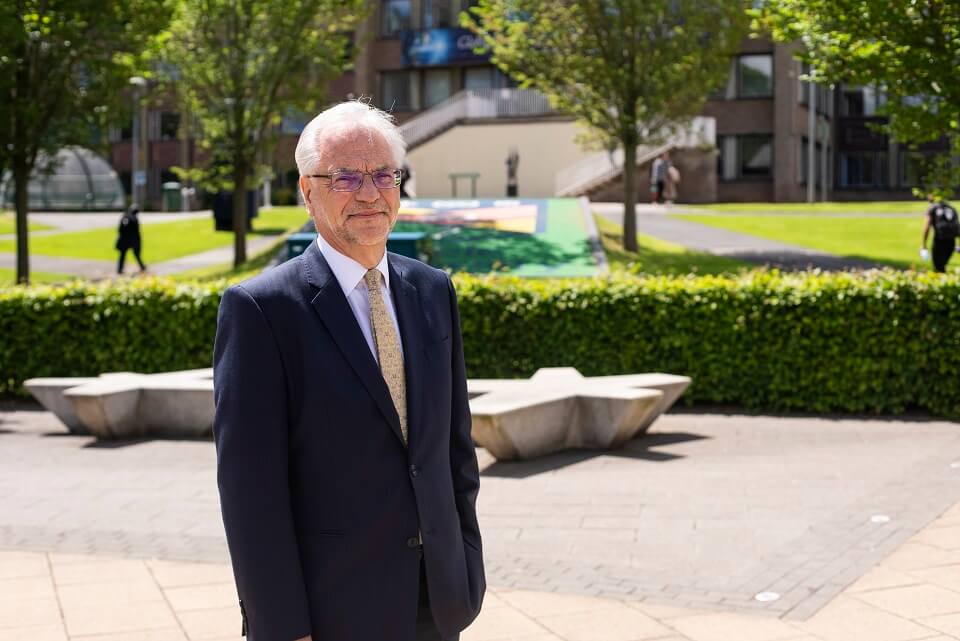 Professor Trevor McMillan, Vice-Chancellor of Keele University, has been awarded an OBE for services to higher education in the Queen's Jubilee Birthday Honours, which mark the extraordinary contributions and service of people across the United Kingdom.

As a radiation biologist, Professor McMillan has published widely on the role of DNA damage and repair in the efficacy of radiotherapy and the harmful cellular effects of UVA following environmentally relevant exposures. He has taught at all levels in universities and to medical professionals around the world on the biological basis of cancer treatments. On the basis of this he was made an Honorary Member of the Royal College of Physicians and an Honorary Fellow of the Royal College of Radiologists.

Speaking of the honour, Professor McMillan said: “This really is an enormous honour that I am very proud to receive. A major part of leadership in universities is to create an environment that gives opportunities for staff, students and the communities of people and organisations that you work with to do wonderful things. I have been lucky to be surrounded by people who have been fantastic in what they have achieved, and I can only hope that I have had a small role in enabling that.”

Professor McMillan chairs the Midlands Innovation board and is a member of the Stoke-on-Trent and Staffordshire Local Enterprise Partnership board and the board of the Shropshire, Telford and Wrekin Integrated Care System. He also chairs Network Staffordshire.