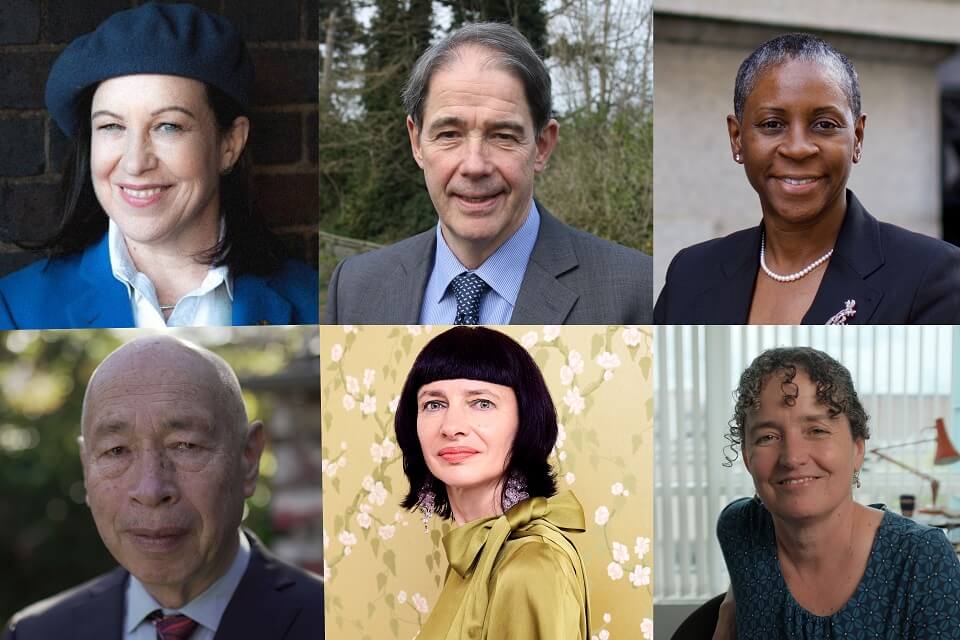 Distinguished individuals from the fields of environmentalism, fashion and journalism are among those set to receive honorary degrees from Keele University this summer.

The six honorary graduates have been chosen to mark their outstanding contributions to society in fields such as environmental campaigning, journalism, the arts, and economics.

They include Lyse Doucet OBE, the award-winning Chief International Correspondent for BBC News who has reported from some of the most hostile conflict zones on the planet; and Sir Jonathon Porritt, the prominent environmentalist and former Chancellor of Keele University who stepped down from his post this year.

The honorary graduates will be among the first to have their degrees conferred by the new Chancellor James Timpson OBE, in his first ceremonies in the role.

Professor Trevor McMillan OBE, Vice-Chancellor of Keele University said: “This year’s honorary graduates have all achieved remarkable things in their respective fields, and I am thrilled to welcome them to the Keele community with the presentation of these honorary degrees.

“Their outstanding contributions are many and varied, including achievements in the fields of environmentalism, law, journalism and economics, and I will be proud to stand alongside them and our graduating students to celebrate these achievements this summer.”

Lyse Doucet OBE is the BBC’s Chief International Correspondent, whose work has taken her all around the globe. Originally from Canada, she began her career as a freelancer in West Africa for the BBC and Canadian media, before taking a permanent role as a BBC correspondent in the late 1980s. Recently she has been reporting from Kyiv in Ukraine following the Russian invasion, but has also reported from places like Afghanistan, Syria, and Pakistan during significant events from their recent history. Her many accolades for her broadcast journalism work include a Royal Television Society award, a Peabody award, and a Bayeux-Calvados Award for war correspondents, while her team was also part of the BBC team that won an Emmy for its coverage of the conflict in Syria. Lyse herself was made an OBE in 2014 for services to British broadcast journalism, and she was appointed as a member of the Order of Canada in 2018.

Sir Jonathon Porritt is an eminent writer, broadcaster and campaigner on sustainable development, and a former Chancellor of Keele University. He co-founded Forum for the Future, a leading international charity working to accelerate the shift toward a sustainable future. Jonathon is also President of The Conservation Volunteers, and a Director of Collectively - an online platform celebrating sustainable innovation. He is involved in the work of many NGOs and charities as Patron, Chair or Special Adviser.

He was formerly the Director of Friends of the Earth, Co-Chair of the Green Party, a Trustee of WWF-UK, a member of the Board of the South West Regional Development Agency, and a Trustee of Ashden. He was Chair of the UK Sustainable Development Commission until July 2009, spending nine years advising Government Ministers. He received a CBE in January 2000 for services to environmental protection, and in 2017 received Ethical Corporation’s Lifetime Achievement Award at the Responsible Business Awards.

I. Stephanie Boyce – Doctor of Laws

Stephanie was recently appointed to the Treasury and the Department for Business, Energy and Industrial Strategy commission - an independent taskforce boosting socio-economic diversity at senior levels in financial and professional services. Stephanie is also a member of Thomson Reuters Transforming Women’s Leadership in the Law Advisory Board, and sits as a Commissioner on the National Preparedness Commission to promote better preparedness for a major crisis or incident, and the Shinkwin Commission looking at how business can harness diverse talent for success.

Carry is the founder and Global Operations Director of Fashion Revolution, the world’s largest fashion activism movement. She has inspired millions of people to demand an industry that provides decent and dignified livelihoods and works to conserve and restore the environment. The organisation has been instrumental in pushing the industry towards greater transparency. Carry recently sailed from the Galapagos to Easter Island to investigate microplastic and toxic chemical pollution, and is currently working on a research project with Keele Institute for Social Inclusion examining historical changes in the riverscape of the Staffordshire Moorlands as a result of textile production in the area. Previously, she set up her multi award-winning fashion brand Pachacuti in 1992, which supported sustainable, rural livelihoods for women in the Andean region, and pioneered radical supply chain transparency back to the GPS coordinates of the raw materials and was the world’s first Fair Trade Certified company.

Rachel is Professor of Economics at the University of Manchester and Research Director of the Institute for Fiscal Studies (IFS). Her research broadly considers the design and effectiveness of government policy on consumers, firms and the functioning of markets. Her specific interests relate to the retail food sector and the ways that policy can help to improve nutritional outcomes. She is passionate about increasing diversity in economics, and improving the ways that economists communicate with policymakers and the wider public. Rachel was awarded a CBE in 2015, and was made a Dame for services to economic policy and education in 2021. Among her many prestigious fellowships and memberships, she was the first female President of the European Economic Association, and served as President of the Royal Economic Society -- only the second woman to hold the post in its 129-year history.

James Lindsay - Doctor of the University

James receives his honorary degree for his lifetime service and commitment to global peace and environmental issues. He is intrinsically connected to the University as not only is he a Keele alumnus, but he is also the grandson of the first Lord Lindsay - the founder of Keele University. James was born in 1945 in a cave in Yan’an, the headquarters of the Chinese communist guerrillas in northern China, and studied at Keele University from 1962 to 1966. After graduating James had various jobs, including lecturing in physics in Taiwan, and as an exploration geophysicist in Australia.

In 1972, James joined the Australian Foreign Service. He was posted in Chile, Laos, Bangladesh and Venezuela throughout the 1970s and 1980s. He was Deputy High Commissioner to Pakistan (1993-1996), Deputy High Commissioner to Kenya (1996-2000), and Deputy Permanent Representative for Australia to the United Nations Environment Programme (1996 – 2000). He inherited the title of Lord Lindsay of Birker in 1994.

After retiring from the Australian Foreign Service, James worked with the East African based organisation Horn Relief and Development. In 2005 with a Somali colleague, he founded Sun Fire Cooking to promote solar cookers to replace charcoal.