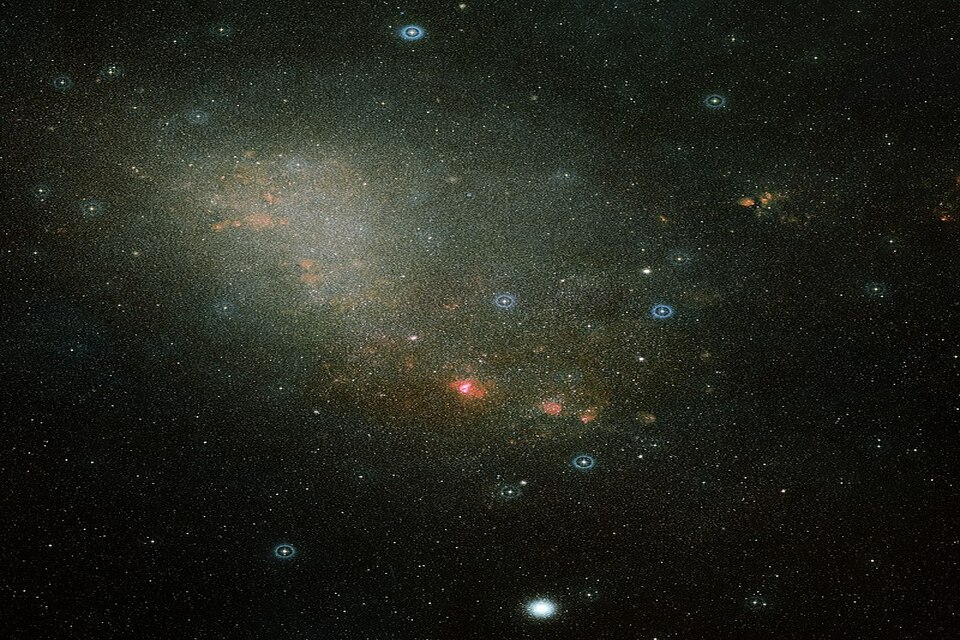 Astronomers at Keele are creating the largest ever map of previously hidden galaxies.

The team have focused on the Magellanic Clouds, a pair of galaxies visible from the southern hemisphere that are so close to Earth that they can be seen with the naked eye. The two galaxies take up a large area of sky, blocking the view of galaxies further away. Because of this, astronomers looking for distant galaxies usually avoid this part of the sky.

Using the VISTA survey telescope in Chile, the astronomers – alongside an international team - photographed the two nearby galaxies in high enough definition to be able to look through the gaps between stars in each one. That way they could see more distant galaxies, which appear fainter and redder than they really are due to the dust that is still in front of them.

The Keele team have also been able to distinguish stars from galaxies by measuring the tiny shifts in the positions of stars over time, while the much more distant galaxies stayed in the same place.

Now the data is being compiled to create the largest ever 3D map of galaxies previously hidden behind the Magellanic Clouds, covering an estimated one million galaxies.

Jessica Craig, a physics PhD student at Keele who is leading the project, presented the work at this week's National Astronomy Meeting 2022 conference.

She said: "The work is important because we are mapping a part of the sky where few galaxy clusters have yet been identified. Apart from simply adding to our knowledge of the Universe, this work and future work based on it might find unusual clusters and contribute to studies about the physical processes that take place within galaxy clusters.

"Background galaxies can also be used as a reference frame for those studying the stars in the Magellanic Clouds, due to the fact that galaxies do not move on the sky whilst stars do. The techniques we use may be adapted for the identification of galaxies and galaxy clusters in other areas of the sky that are crowded by stars, such as the galactic plane of the Milky Way."