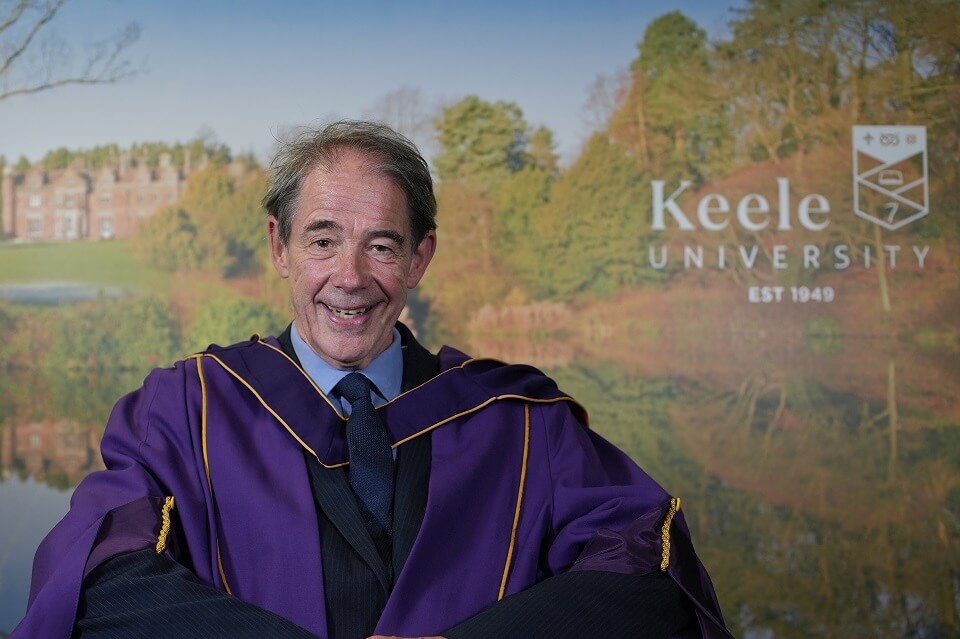 Keele’s former Chancellor, who has spent his life championing sustainability and environmental responsibility, has urged graduating students to get involved in tackling the climate emergency.

Sir Jonathon Porritt returned to the University to receive an honorary degree in the same week that the UK saw a record-breaking heatwave, with temperatures peaking at over 40°C for the first time ever.

Sir Jonathon said that the week’s extreme weather should be a definitive wake up call for politicians, and added that young people would need to take a leading role and get involved in the fight against climate change, regardless of their graduating subject.

Sir Jonathon said: “One of the things I’ve always been very nervous about is dumping the responsibility for dealing with climate change on young people - they have not really had very much to do with causing the problems. So today I am going to be addressing my comments to their parents, their families, their friends. You have got to work with your children now to make sure we do a much better job of addressing this crisis than we have done before.”

Sir Jonathon also said he was very proud to receive his honorary degree, and to become a Doctor of the University which he served as Chancellor for the past decade. He added: “It is a lovely way to bring it to a conclusion, and a very nice ‘thank you’ for whatever it is I’ve been able to do as Chancellor, so it’s a real privilege.”