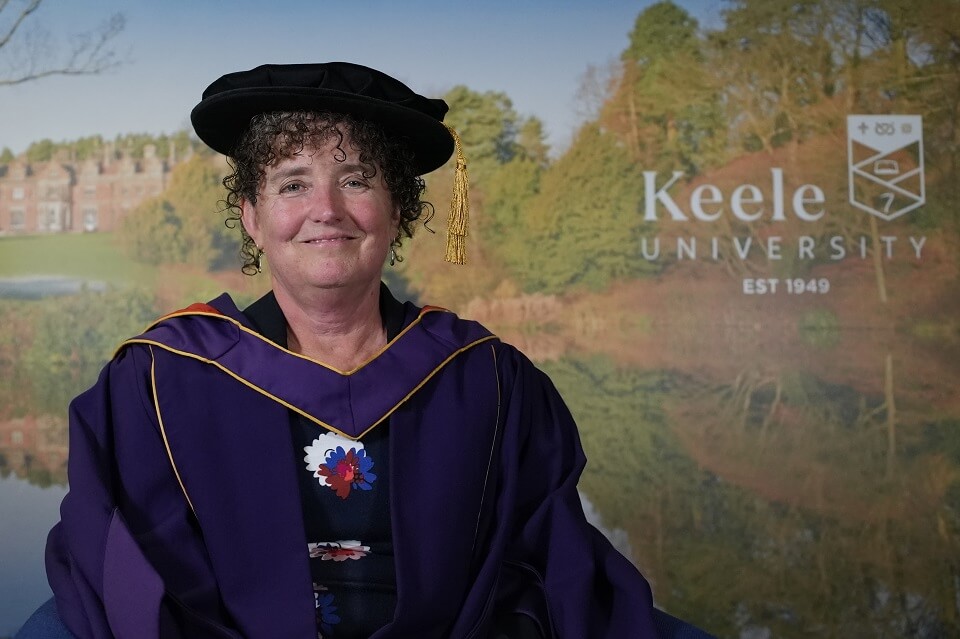 The former President of the Royal Economic Society believes Keele's graduating students can make important contributions to tackling the "huge number of challenges" in society, and making the world a better place to live.

Professor Dame Rachel Griffith received an honorary Doctorate of Letters degree from Keele University in recognition of her outstanding contributions to society in economics. And speaking as millions of people across the country are facing a cost of living crisis, the current Research Director of the Institute for Fiscal Studies (IFS) stressed how important it is for people to understand how the economy works.

She said: "The world can look pretty daunting, especially now as we come out of the pandemic and face a huge number of challenges to do with climate change and rising inequalities, but I'm really optimistic about the contributions Keele's graduates can make. The education they have received will have given them really good training to think about how they can contribute to making the world a better place, and I think they should feel confident they can do that and really make a difference.

"The current cost of living crisis has a lot of origins, not only to do with the recent pandemic but also to do with Brexit and many other changes in the economy. It's really important that people have a better understanding of what those causes are so that we can move forward to try and alleviate some of the worst effects of the crisis."

Rachel, a professor of economics at the University of Manchester, was the first female president of the society in more than 35 years and only the second woman to hold the post in its 129-year history. She was awarded a CBE in 2015, and was made a Dame for services to economic policy and education in 2021.

She said: "I’m really honoured to receive this honorary degree from Keele. It's not something I expected but it's been a great recognition of the work I've done, particularly at the Institute for Fiscal Studies trying to address how policy can help the most vulnerable in society.

"I’ve never really thought of myself as a trailblazer. I grew up in a house with a lot of brothers so perhaps it was never odd to me to be in an environment with a lot of men. Perhaps more important than being a role model as a female economist is being a role model as someone coming from a more modest background, who didn't have excellent training early in life, but has worked her way up and shown that people from a whole range of backgrounds can be successful in life and really contribute to making the world a better place."