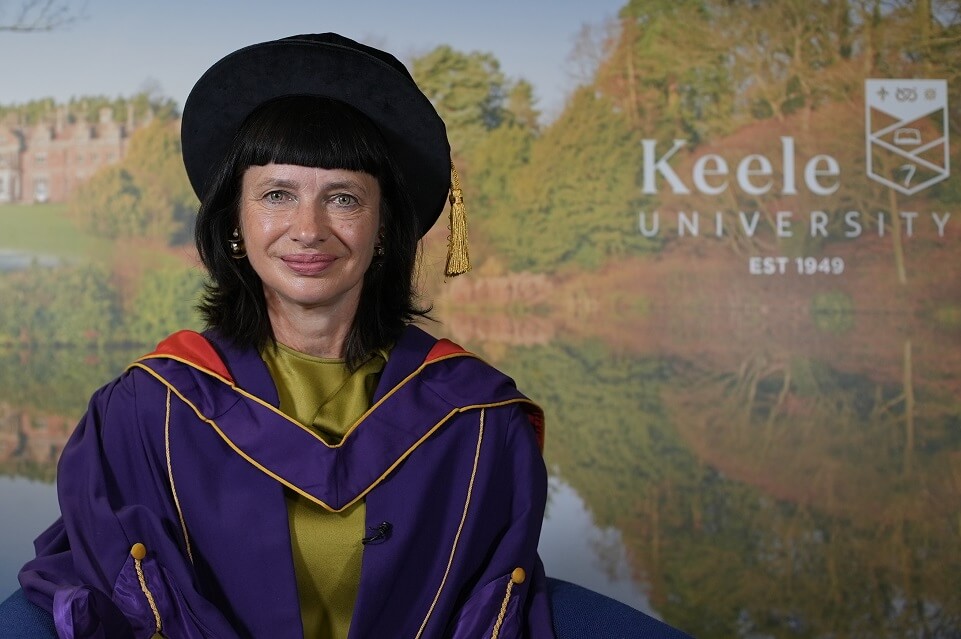 Activist Carry Somers described receiving an honorary degree from Keele as an "exceptional moment" in her life.

Outraged after witnessing local knitters being charged a wildly inflated price for their wool during a trip to Ecuador in 1990, she decided to change career direction and set up her multi-award winning ethical clothing label Pachacuti, which supported sustainable, rural livelihoods for women in the Andean region and was the world’s first Fair Trade Certified company.

Speaking after being made an honorary Doctor of Letters, Carry said: "Receiving the award is really an exceptional moment for me, and it means even more because it’s 30 years ago this year that I gave up my PhD to pursue addressing the injustices in the fashion industry. It's a very special moment in my life and career."

In the wake of the Rana Plaza factory collapse in Bangladesh in 2013, in which 1,134 people died, Carry founded the campaign group Fashion Revolution, the world's largest fashion activism campaign. Operating in more than 90 countries, it campaigns to increase transparency in supply chains and raise public awareness regarding the systemic challenges facing the global fashion industry. The organisation has inspired millions of people to demand an industry that provides decent and dignified livelihoods, works to conserve and restore the environment, and has been instrumental in pushing the industry towards greater transparency.

She said: "Promoting sustainability and ethics has to be key to every academic institution and I'm so pleased to see that at Keele it is very much embedded in the curriculum. The students at Keele have an important role to play as they go out into the world at this crucial moment, in terms of redesigning a more sustainable future, and I've discovered through my work that you don't need to be a lawyer to tackle human rights abuses, or a scientist to address climate change. We need everybody involved."

Fashion Revolution has recently worked closely with Keele scientists on a project called Restorying Riverscapes, which explored the history and impact of the textile industry on the River Churnet at Leek, Staffordshire.

Carry added: "My advice to graduates would be to go into the world with confidence, but also with doubts and questions. Don't always accept the way things are done, don't accept no for an answer, and try to change the way the system works. If there is a better way to do it, look for solutions."