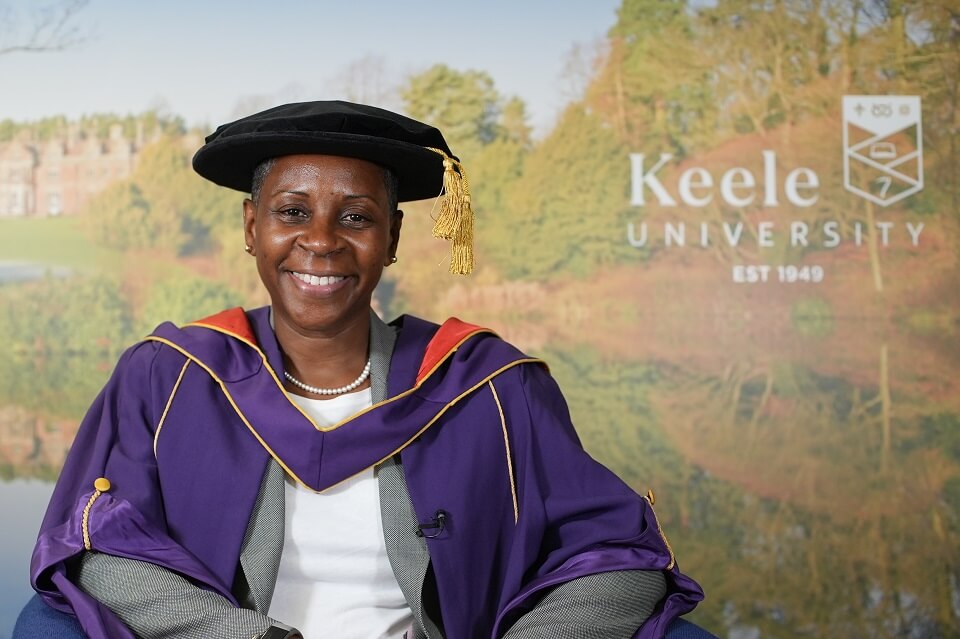 The President of the Law Society of England and Wales said finding out she had been offered an honorary degree from Keele University brought "tears to her eyes".

I. Stephanie Boyce was at Keele to receive an honorary Doctor of Laws degree in recognition of her historical term as president of the society – which represents more than 200,000 solicitors. She is the 177th president, but only the sixth female and the first person of colour to hold the title.

During her presidency, Stephanie has championed equality, diversity and inclusion in the law profession, and was recently appointed to the Treasury and the Department for Business, Energy and Industrial Strategy commission - an independent taskforce boosting socio-economic diversity at senior levels in financial and professional services.

She said: "Some 23 per cent of solicitors are privately educated as opposed to seven per cent of the wider population, so the work we have been doing around social mobility to ensure there is equity and equality of opportunity is amazing and I'm proud to have presided over that. But while much has been done, there is still so much more that needs doing. Your gender, sexuality, disability, age or background should not matter and not determine how far you can go in this profession. That applies to the legal profession as a whole, and we must be reflective of the society we serve."

She said: "To have my work and contribution to the legal profession recognised in this way by Keele is breathtaking, and when I received the letter asking me if I would accept the honour, it brought tears to my eyes.

"If I could give graduating students one piece of advice, then something that has served me well in my career is to remember that every door is open if you push and persevere until something happens. There is an absolute world of opportunity out there and I urge every single student to go out and grab them with both hands."