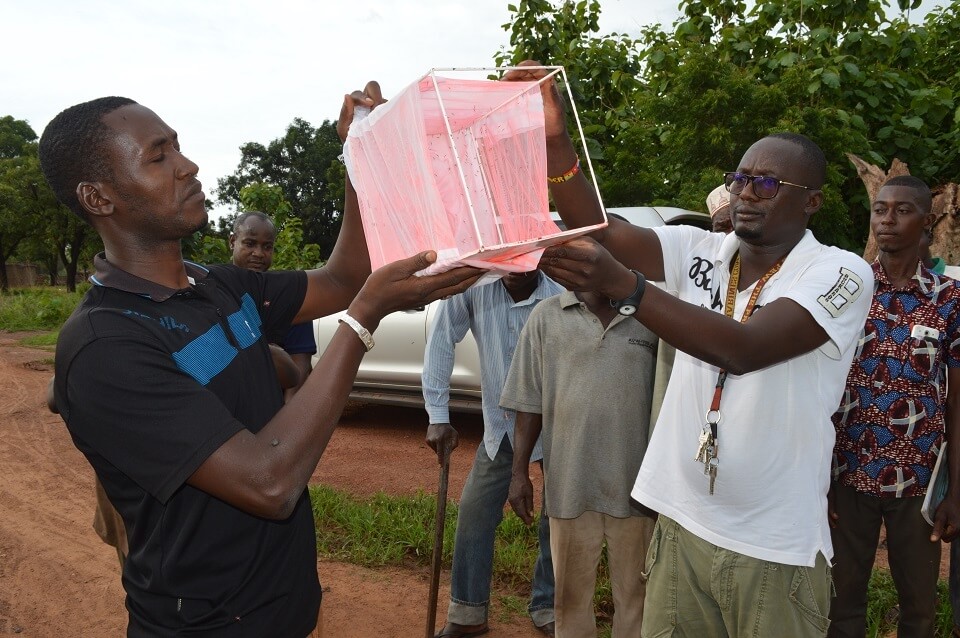 Releasing genetically modified mosquitoes into the wild could provide a promising strategy for tackling malaria in sub-Saharan Africa, according to new research.

Professor Frederic Tripet from Keele’s School of Life Sciences was a member of the international research team from the Target Malaria consortium, which released groups of genetically modified male mosquitoes of the Anopheles coluzzii variety into the wild in Burkina Faso, to learn more about how these modifications impact on their survival and behaviour.

Strategies such as genetic modification represent a promising tool in the fight against malaria, which kills approximately 405,000 people a year in sub-Saharan Africa, most of them children under five years old.

In countries such as Burkina Faso, mosquitoes have evolved to develop resistance to insecticides; and because the malaria parasite constantly evolves resistance to drugs, new strategies are needed to suppress them and prevent the spread of this deadly disease.

Professor Tripet said: “After over fifty years since the last attempt at releasing sterile males of the malaria mosquito in Africa was made, this first release of a genetically-modified sterile males is a crucial step towards the development of novel tools harnessing the power of precise genetic editing towards future malaria elimination.

“The data collected as part of this study which was led by our colleagues from Burkina Faso will help develop novel strains with better survival and increased effectiveness against mosquito populations. It is an important new chapter in the fight against malaria."

Professor Abdoulaye Diabaté, Principal Investigator of Target Malaria Burkina Faso and lead author, added: "Although this small-scale release is not intended to be used as a malaria control tool, it was an important stepping stone for the team to gather information, build knowledge and develop local skills. The scientific data we obtained will be essential in the development of our next phases."