Comment | COVID: how the pandemic could make poverty levels among ethnic minorities even worse 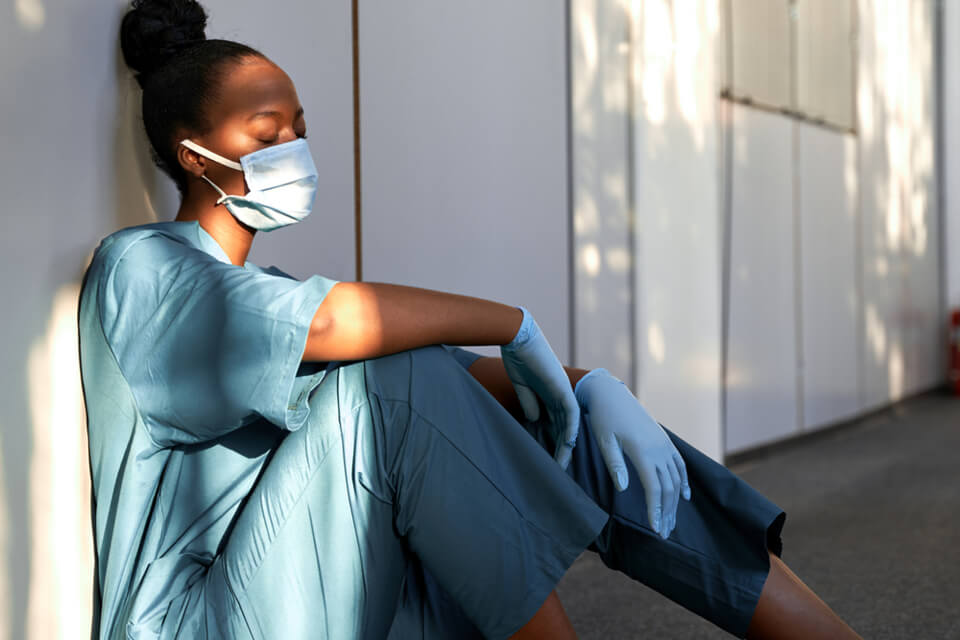 Ethnic minority groups have suffered the highest risk of COVID mortality in the UK, according to the latest official figures. In the first wave (before the vaccine roll-out), the risk of death was highest for those with a black African background. During the second and third waves, it was consistently highest among those with Bangladeshi origins.

Those high levels of risk are partly to do with where people live and how they earn a living. Members of ethnic minorities tend to work in sectors which require face-to-face contact such as social care, retail and transport. They are also more likely to live in places where it is difficult to practice social distancing.

This is because people from minority ethnic groups in the UK are more likely to be living in poverty. Our research into rates of ethnic poverty (systemic poverty within an ethnic group) found levels before COVID of 50% for Bangladeshis, 47% for Pakistanis and 40% for black people, compared with 19% for white British people. Our work also supports fears that the pandemic risks making things even worse if action isn’t taken to reverse its effects.

For example, reports suggest that while ethnic minorities had higher unemployment rates before the pandemic, they then suffered a higher proportion of job loses during it. Rates of ethnic unemployment in the period from October to December 2019 were 4.5% for Bangladeshis, 7.7% for Pakistanis and 8.7% for black people, compared with 3.4% for white British. A year later, after almost a year of COVID, those rates went up respectively to 6.4%, 9.8%, 14% and 4.5%.

The pandemic has also increased inequality of access to education and good jobs, which again push ethnic minorities into poverty.

Our research also examined the causes of this kind of systemic inequality, which often has roots that go back hundreds of years. The US, Australia, Canada, and New Zealand, are examples of “settler societies”, countries in which the now-predominant population were immigrants, while the indigenous population like the Native Americans and the Aboriginal Australians, have become a displaced and often poor minority. The UK is not a settler society, but has a colonial history filled with its own controversies and implications.

Although in 2022 many of these countries have laws to enable equal access to education and employment, discrimination remains a critical barrier. People from ethnic minorities are called for interviews less frequently and are less likely to be employed. If they are employed, they are less likely to be promoted, and suffer the indignity of an ethnic pay gap.

The type of work matters too. Another reason for high poverty rates among ethnic minority groups in developed countries is the concentration of their workers in low-paid work such as social care, catering, hairdressing, cleaning and retail – occupations with limited opportunity for progression.

In other industries, they are under-represented in senior management. And while entrepreneurship is often an important route out of poverty for people from ethnic minorities, they often face significant challenges in access to financial and social capital.

Our research suggests that some of the underlying drivers of poverty for ethnic minorities could be tackled by improvements in education, skills, and training. They would benefit from policies which monitor the workforce in relation to ethnicity, as well as targets for ethnic minority representation on boards, something that has proven successful in the case of gender.

It is also important for employers, large and small, to recognise the benefits of positive action in the labour market, rather than view efforts to combat ethnic inequality as red tape or political correctness.

It is a problem which the world cannot afford to ignore. And as the global economy responds to the impact of COVID, amid widespread predictions that most countries are likely to see growth in the next five to six years, now is the time to make some changes. Recovery strategies provide a chance to address the numerous barriers to equality that have existed for so long, and which make ethnic minorities everywhere more vulnerable than anyone else.