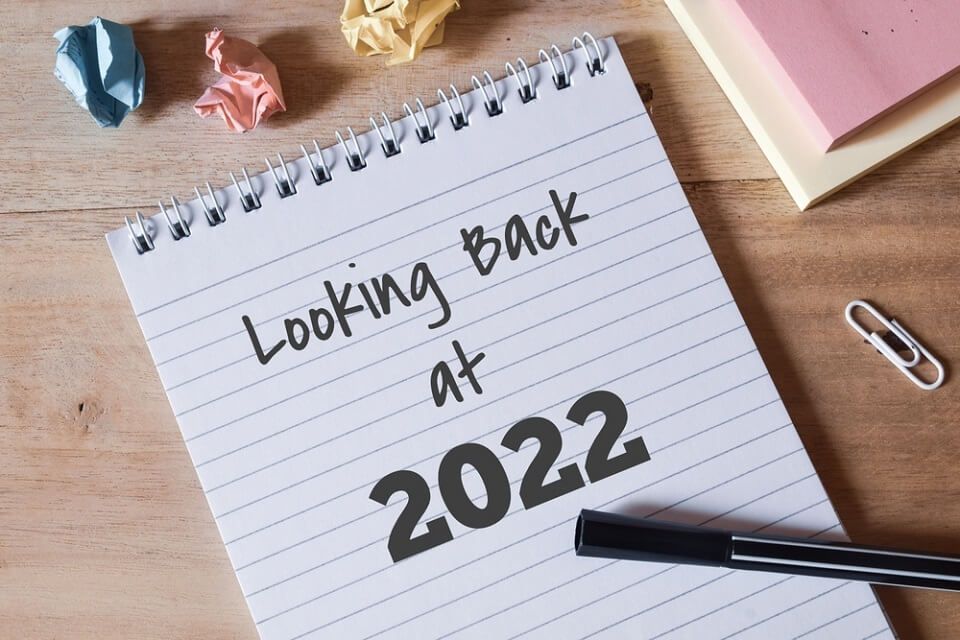 Throughout another turbulent year, Keele expertise and research has continued to make headlines around the world. From the war in Ukraine, the continued threat of Covid-19, and no fewer than three UK Prime Ministers holding the keys to Downing Street, there has been a wealth of opportunities for Keele experts to share their expertise and research findings locally, nationally, and internationally. In total, Keele experts have reached over 662 million people around the world this year. Here are just some of the highlights: 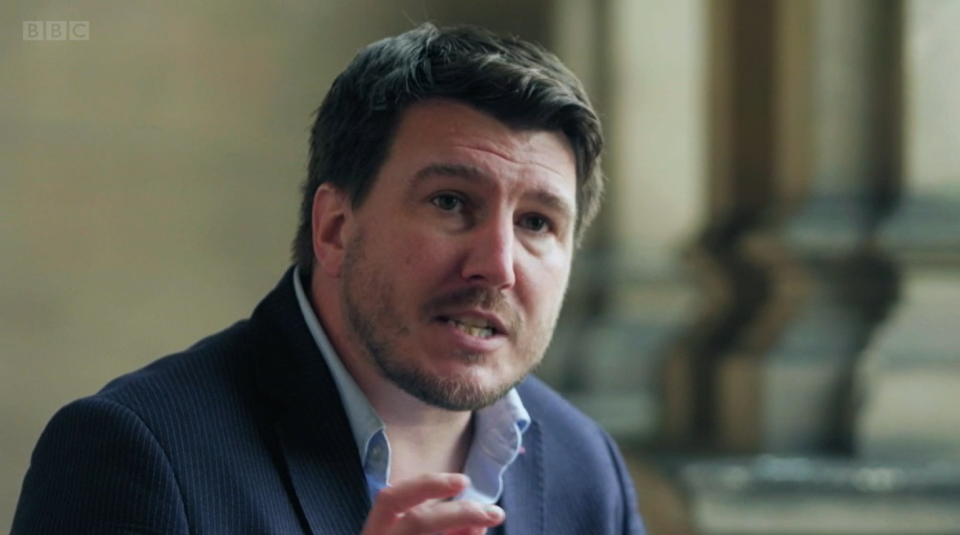 Highlights from January included Professor Samir Dani from KBS reaching a huge global audience through an interview in China Daily, as well as Dr Naomi Forrester-Soto speaking to BBC News about the ongoing Covid restrictions which were in place at the time. Dr Daniel Allen also featured in a BBC documentary about rising numbers of dog thefts, and his campaign work to change the law.

Keele research also featured prominently in the news this month, with a study led by Dr Marty Lynch and co-authored by Dr Ross Wilkie featuring in over 200 local and national news outlets thanks to coverage secured via PA Media. As well as featuring in outlets including the Daily Mail, the Independent, and the Times, the research also featured prominently in local and regional titles across the UK. 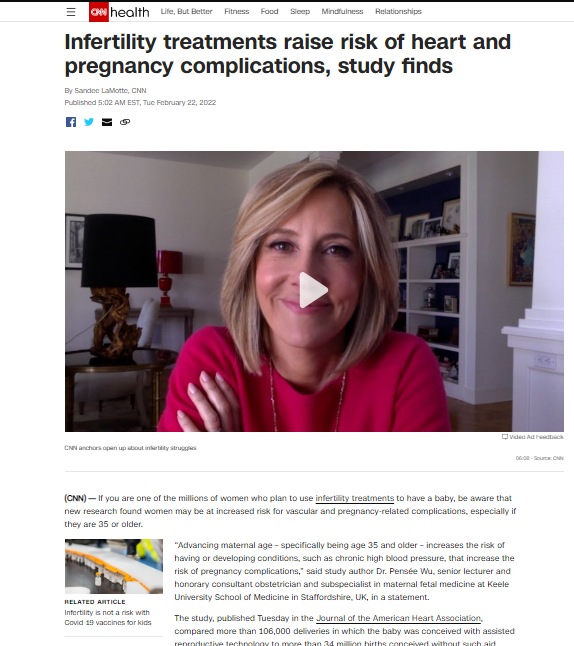 ‌Keele research continued to make headlines internationally in February. Professor Frederic Tripet’s research was featured in news outlets around the world, including The New Scientist, Forbes, ABC News (US), and the Daily Mirror, while Dr Pensee Wu’s research into pregnancy treatments and fertility complications featured in CNN, the Daily Mail, the Daily Express, and ABC Spain.

As tensions began to ratchet up in Ukraine, Keele’s Dr Matthew Wyman shared his expertise on Russian politics with local, national, and international audiences, beginning as early as February with BBC Radio 5 Live. 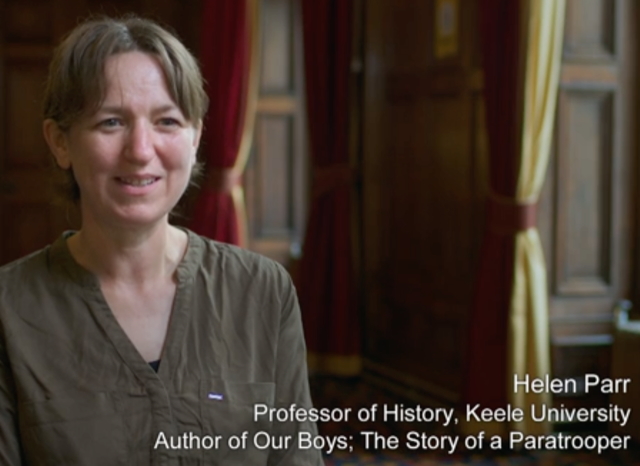 Keele expertise continued to be in high demand as the war in Ukraine raged on. Dr Matthew Wyman spoke to LBC about the conflict, while Professor Samir Dani spoke to BBC 5 Live about the impact of the invasion on global supply chains. Closer to home, Dr Forough Ramezankah also spoke to BBC Radio Stoke about refugees fleeing the war, and the legal protections in place for them to claim asylum in the UK.

Away from the war, Dr David Law spoke to China Daily – reaching a huge global audience - about the relationship between the USA and China, while Professor Helen Parr was featured in a Channel 4 documentary and on the BBC’s “My Moment in History” podcast discussing the Falklands’ War anniversary. Dr Naomi Forrester-Soto also gave her final weekly Q&A about Covid-19 to BBC Radio Stoke, bringing the segment to an end after two years of weekly interviews sharing her expertise with the public. 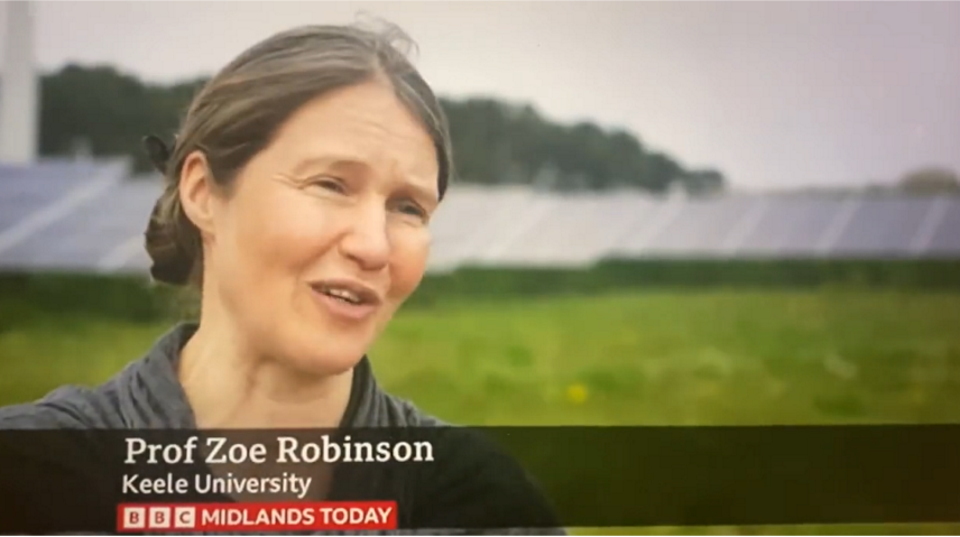 Keele research led by Dr Zoe Paskins was covered widely in the national and international press in April, with coverage by PA Media resulting in over 200 news articles in outlets throughout the UK, including BBC News. Further coverage on BBC News was also secured for our new scholarship scheme, which was launched to support refugees fleeing conflict.

We also held the biggest graduation week in the University’s history, welcoming the classes of 2020 and 2021 back to campus to celebrate their postponed ceremonies who brought a wealth of good news stories with them, with coverage in the Manchester Evening News and the Stoke Sentinel reaching a huge regional audience, as well as being shared nationally on social media by the Department for Education.

April also saw the long-awaited opening of our Low Carbon Energy Generation Park, with BBC News online and BBC Midlands Today covering the event thanks to a visit secured by the communications team. 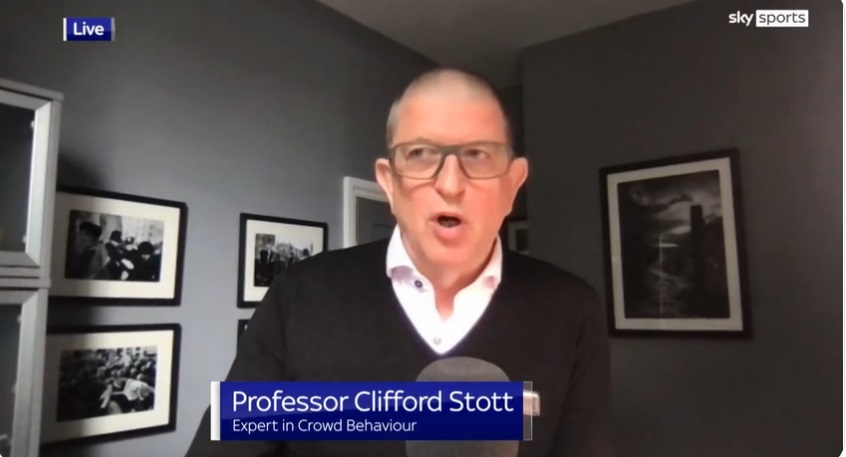 As the war in Ukraine continued, Professor Anthony Kauders published a column on CNN about comments made by Russian officials, reaching a huge global audience.

Dr Naomi Forrester-Soto shared her expertise in virology with the national media, giving an interview to Sky News about the new monkeypox outbreaks which were reported in May.

As the end of the football season approached, Professor Clifford Stott also shared his expertise on crowd psychology, football, and policing, commenting on not only a spate of pitch invasions in UK grounds, but also the disastrous policing operation at the Champions League final in Paris. Some of Professor Stott’s interviews included BBC News, Sky News, France 24, Sky Sports News, and a front page interview with Scotland on Sunday.

June marked the start of another disruptive chapter for the UK Government, when the Conservative Party lost a number of local by-elections. Dr Philip Catney spoke to TRT World – the Turkish broadcaster – about the election losses and how they would impact Boris Johnson’s government.

June also marked the anniversary of the Lidice massacre in the Czech Republic, a major event in world history with significant connections to our local area, and Professor Aristotle Kallis published an article about the atrocity for The Conversation, as well as speaking to BBC Radio Stoke about the event.

However there was some good news in June, as we also celebrated the fact that Keele students ranked our University as the best in the UK in the Student Crowd Awards, securing coverage for a regional audience on BBC Midlands Today to celebrate the news. 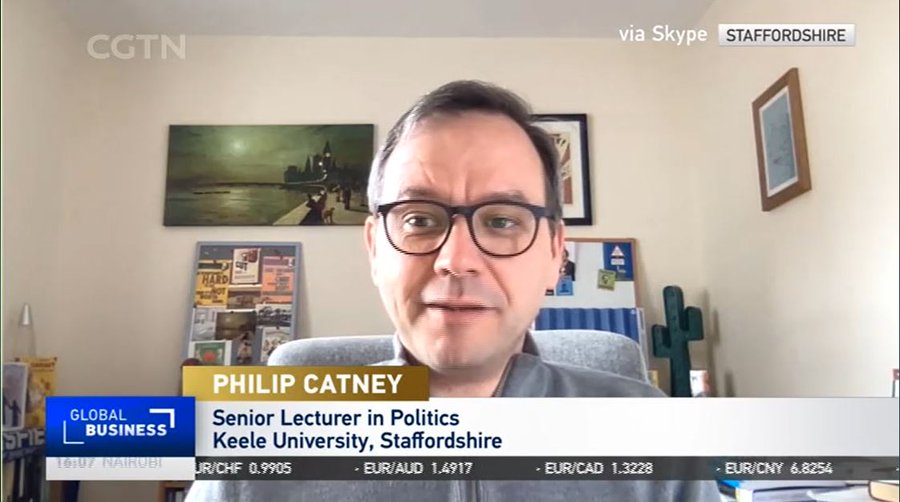 ‌As news of Boris Johnson’s resignation broke in July, Keele expertise was in high demand around the world, with Dr Philip Catney reaching a large international audience through interviews with China Daily, and CGTN (China Global Television Network). Dr Catney also reached a national audience closer to home, when he was featured as the BBC News go-to expert on location during the Conservative leadership debate in Stoke-on-Trent.

Keele’s space research was also featured around the world this month, after NASA’s James Webb Space Telescope sent back spectrum images of WASP-96b; the planet discovered by Keele scientists. Professor Coel Hellier, who led the team that discovered the planet, spoke to local and regional media about the discovery, and was also quoted in CNET. Meanwhile another astrophysics study being carried out by PhD student Jessica Craig, was featured in New Scientist.

Elsewhere, Dr Tolu Olarewaju spoke to LBC about the Conservative leadership contenders’ plans for taxation, after publishing a Conversation article about the topic, and Professor Samir Dani was featured on the Evening Standard’s “The Leader” podcast, discussing the war in Ukraine and its impact on energy supply chains.

Like every university in the country, Clearing and A-Level results day was a major occasion in August, and engaging with the news media played a key part in our Clearing campaign. Robbie Pickles, Director of Global Student Recruitment and Admissions, had a significant presence in the media across the West Midlands region, writing a column for the Shropshire Star and West Midlands Express and Star newspapers offering advice for those collecting their results on what to expect from the day, as well as speaking to BBC Radio Stoke and the Stoke Sentinel.

Away from higher education there was continued disruption to UK supply chains due to strikes at the Port of Felixstowe, with Professor Samir Dani speaking to Sky News and BBC Look East to give his expert opinion on the disruption. Elsewhere, Dr Sharon George spoke to BBC News about the environmental impact of streaming music, and Dr Jacco van Loon spoke to an international audience of millions about the upcoming NASA mission Artemis 1, via Sky News, France 24, and TRT World.

As the war in Ukraine continued, Dr Matthew Wyman spoke to LBC to share his expertise on Russian politics, after Vladmir Putin officially annexed parts of Ukraine and declared them as Russian territory.

In other news, Dr Mick Pender from Keele Business School spoke to China Daily, once again reaching a large international audience, talking about a swathe of industrial and trade union disputes that were occurring in the UK at the time.

Dr Ian Stimpson spoke to the Washington Post about fracking after the then-Prime Minister Liz Truss announced a reversal of the fracking ban, while Dr Philip Catney was featured as a guest on PM on BBC Radio 4, discussing urban regeneration in areas like Stoke on Trent.

As the UK faced unprecedented political turmoil in October, with the resignation of its second Prime Minister of the year, Keele’s political experts were on hand to provide expert commentary for readers and viewers in the UK and around the world. Both Dr Gemma Loomes and Dr Philip Catney spoke with China Daily, while Dr Catney also spoke to France 24, and Dr Loomes catered for the UK national press giving an interview to The Metro.

Elsewhere Dr Siobhan Talbott published a Conversation article about why some Welsh people want the title "Prince of Wales" to be abolished, which had thousands of reads across the country when it was republished by the Reach PLC regional titles including Wales Online, Cheshire Live, and Derbyshire Live.  Dr Jamie Pringle also shared his expertise with Crimewatch Live, discussing how geoforensics can help with criminal investigations.

As well as expert commentary, Keele research also continued to make national headlines in October. The communications team secured exclusive coverage in The Times for Dr Ian Scott's new research into arthritis rates in England, which later was also featured in the Daily Star, Yahoo News, the trade press website News Medical, and on LBC. 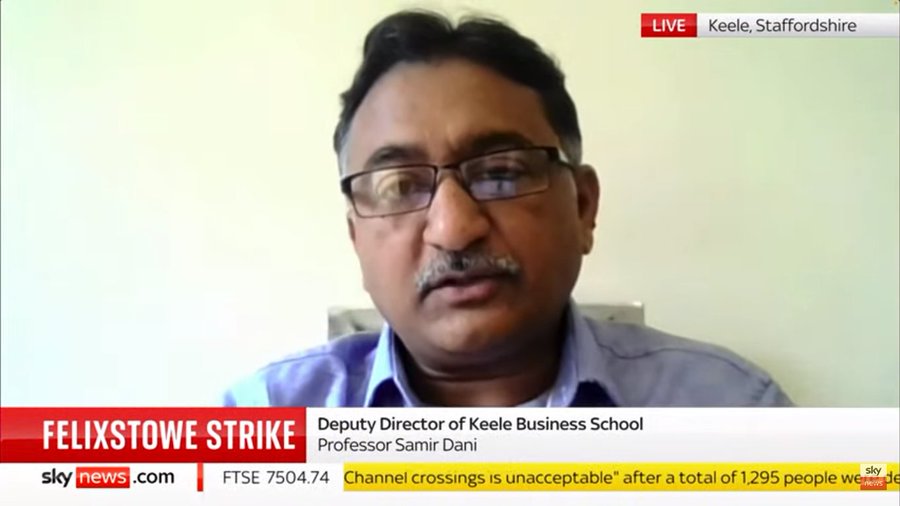 ‌The UK was gripped by a bird flu epidemic causing egg shortages in UK supermarkets, with Professor Samir Dani speaking to Sky News to share his expertise on supply chains and product shortages with a national audience.

Meanwhile a Conversation article co-authored by Dr Richard Stephens’ about his latest research into swearing racked up over 100,000 reads, and led to coverage all around the world including The Guardian, The Daily Mirror, The Times, the New York Post, and BBC 5 Live.

Internationally, Professor Clifford Stott was interviewed by the New York Times and the Seattle Times about crowd crush events, and how to stay safe during such incidents, while Dr Jonathan Parker gave a number of interviews to Newsweek about the US midterm elections.

As cases of Group A streptococcus rose in the UK, Dr Naomi Forrester-Soto was once again called on by national broadcasters to help make sense of the urgent public health messaging, speaking to Times Radio and BBC Radio 5 Live about the developments in the outbreak.

Professor Samir Dani reached a huge international audience in an interview with China Daily, outlining how supply chain issues and the cost-of-living crisis were likely to impact on people’s Christmas plans, while Professor Raphael Hirschi spoke to international outlets Al Jazeera news and TRT World, sharing his expertise on nuclear fusion after US scientists made a breakthrough in nuclear fusion energy.

Keele research also continued to make national headlines, with a study led by Keele’s Lucinda Archer featuring in the Daily Mirror, and news of a UK-first undergraduate course in Law with Environmental Sustainability at Keele was covered by the influential legal trade title The Law Society Gazette.

Thank you to all of our experts who have engaged with the media this year, helping raise Keele’s profile with millions of people all around the globe. If you want to learn more about publicising your research and your expertise by engaging with the media, email news@keele.ac.uk.