Comment | Curious kids: is it possible to see what is happening in distant solar systems now? 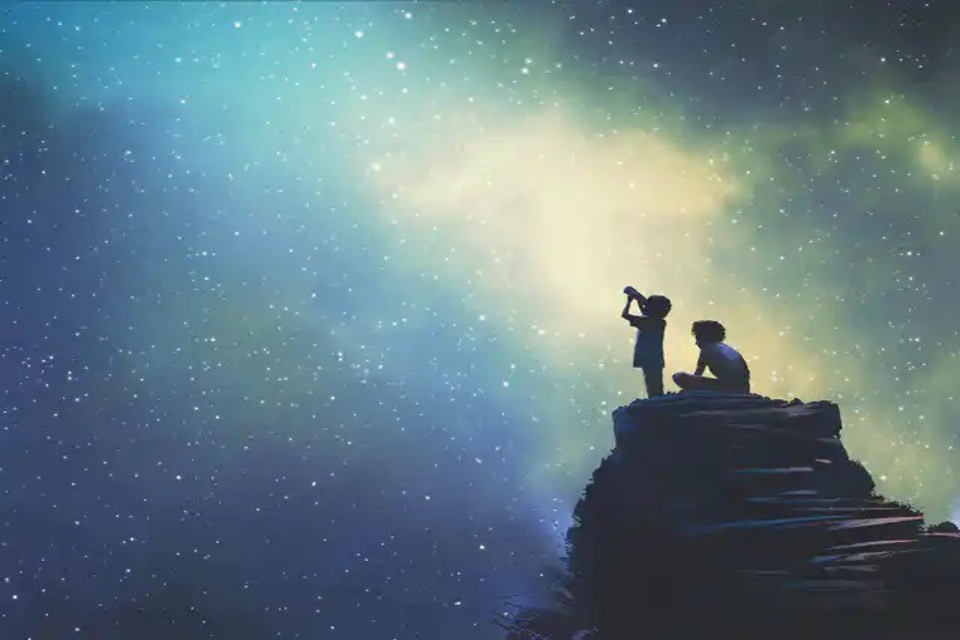 If a distant solar system is millions of light years away and so we see it as it was millions of years ago, how can we see what it looks like now? Parul, aged 13, Sri Ganganagar, India.

What is the meaning of "now" and how does our "now" relate to the "now" somewhere else?

Nothing can travel faster than the speed of light: 300,000 kilometres per second. This means that it takes time for the light from a distant object in the universe to reach us.

Astronomers measure the vast distances across the universe in light years, the distance it takes light to travel in one year. If you use a telescope to look at a solar system at, say, ten light years distance – 95 trillion kilometres away – that means you see it as it was ten years ago on your watch.

If a friendly alien lived in that solar system ten light years away and we beamed a message to them, they would only receive the message in ten years’ time. Our "now", when we send the message, will be in their future. But if we receive a message from them, our "now" will be in their past.

This seems to suggest that there is no way we could see what is happening right now in a distant solar system. But we can look to famous physicist Albert Einstein's theories of relativity for an answer. These theories describe the relationship between objects and the space and time surrounding them.

Einstein's theories revealed something extraordinary. If you could leave the Earth and travel very fast through space, close to the speed of light itself, then time for you would pass at a slower rate than time for someone you had left behind on Earth.

If you travelled within 0.1% of the speed of light, you’d come back just a month older than when you left. Your sister would be almost 20 years older than you.

This may seem like a trick, but we know it is true. When very fast moving particles called cosmic rays hit atoms in the Earth's atmosphere, they create particles called muons that are unstable and fall apart. None of these muons should be able to reach the Earth’s surface. But we see them. Because their time runs slower than ours, they don't fall apart before they reach us.

If you were able to travel at the speed of light, no time would pass for you. Your "now" would be the same as the "now" in the distant solar system or galaxy, because you would be there instantly. You would exist at your origin and at your destination at your same time, while others may have watched you travel over their time. Unfortunately, nothing with mass, such as a human being or a spaceship, can travel at exactly the speed of light.

Time is not a fixed thing. It only really has meaning for you and the way you see the world around you. When you come to think of it, time is perhaps the greatest mystery of life.