Comment | Ukraine: how forensics teams will investigate evidence of atrocities at Bucha 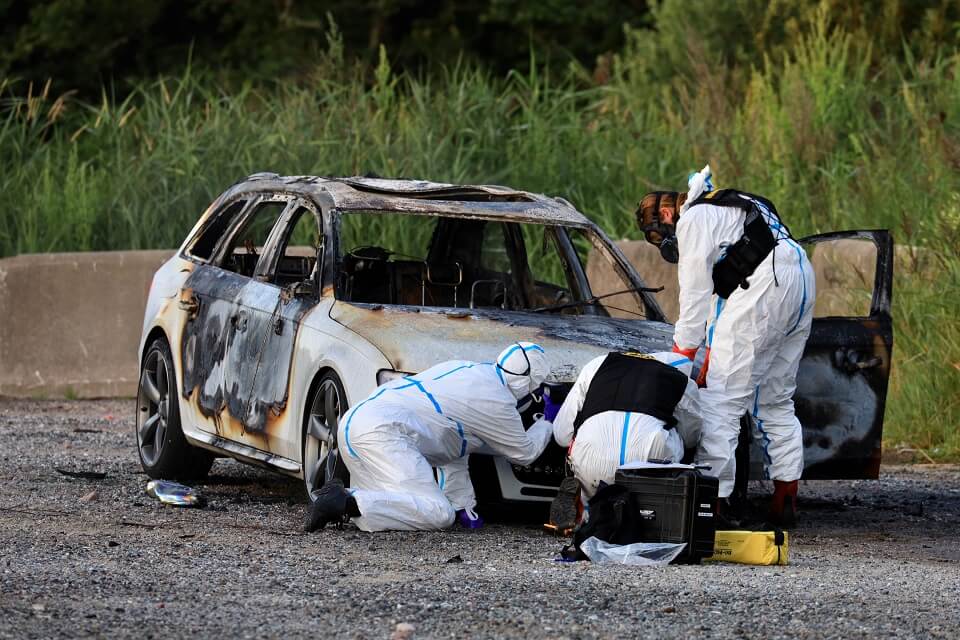 Journalists brought in by Ukrainian troops who have retaken various towns around the capital have been shown bodies of civilians with their hands tied, apparently executed, as well as evidence that women were raped before being murdered. If confirmed, this would be evidence that the Russian forces committed war crimes. It will be up to the investigators to determine this.

The work of forensic archaeologists and forensic anthropologists tends to focus on finding and identifying people’s bodies so that the remains can be returned to their families and given a proper burial. But there is also the question in many cases of how the person died. This is key for providing transitional justice after a conflict like the war raging in Ukraine, where there is now a search for evidence to prove criminal activity on the part of the occupying troops.

Search for the missing

The search for missing individuals in hidden graves usually starts with researching an area prior to any physical work. This can include taking witness testimony, examining old maps and photographs, using remote sensing and aerial photography as well as examining available digital data, such as geolocated tagged and dated images from mobile phones. Investigators will also look for any changes to the landscape that might be hiding a grave. Once a suspect area has been identified – and this can be in fields, caves, wells, forests, buildings or in water – the initial challenge is to find the grave itself.

The recent discovery of mass graves in Ukraine was made using remote sensing satellite images. This technology has been routinely used to find victims since mass graves were found during the Iraq wars in the 1990s. Specialist victim recovery search dogs, drones and geophysics surveys (including experienced metal detector teams) can all assist with grave detection. Non-invasive geophysics can detect hidden victimsbehind walls and even under concrete. But this is difficult, and the resulting intrusive work to try to identify human remains is painstaking and slow.

Searching for victims in water is also possible with modern sonar and water penetrating radar surveys. But this is both time intensive and time critical, as remains will fall apart after long periods of immersion, depending on site-specific factors such as water depth and currents and water oxygen levels.

Once anomalous areas in the ground have been identified, these are excavated by hand or by mechanical digger, supervised by forensic archaeologists and other professionals. Excavation techniques may vary but aim to capture as much data as possible on the position and location of bodies within the grave, as well as any items associated with the body which may allow for correct identification. The goal will also be to find any other evidence that may assist with an investigation into criminal activity, such as when the grave was originally dug or how it was subsequently excavated after being discovered.

Careful digital data capture methods, such as drones or ground scanners, should be used to record forensic evidence as it is recovered so it could be later presented in court. This can include contemporaneous objects such as discarded cigarettes, bullet casings and the bullets themselves, which may help to identify when a victim was killed and potentially yield ballistic evidence that could help identify the perpetrators. All of this should follow standard forensic protocols, including chain of custody.

In the mortuary, forensic anthropologists, dentists and pathologists will examine remains from a burial site to work out how many individuals are present and assist in identifying them.

In 20th-century conflicts, forensic anthropologists are often needed to examine human skeletal remains and assess age at death, biological sex, and any other identifying features. Sometimes they are still required for this work. But these days positive identification tends instead to mainly rely on DNA, fingerprints, dental work or any unique characteristics of the individual during life compared with the information obtained from the body after death.

It is important to understand this process and manage family expectations regarding the limitations of forensic methods, length of time for analysis and to be aware of any ethical, cultural and religious practices with the human remains.

Forensics teams will also look for evidence of trauma to the body relating to combat, blast injuries, as well as execution (for example, gunshot wounds to the back of the head). This can be complicated by alterations to the body made after death – such as attempts to burn the corpse – but can usually still be detected.

It is important that these processes are undertaken by professionals in order to maximise the evidence recovered and avoid as much as possible any mis-identifications.

In all cases the dignity of the deceased’s remains is of primary importance, as well as letting the victims’ families know what happened. It’s also very important for the relatives of the deceased to be able to give their family member a proper burial. These events should not happen but sadly they do and it is our job to document them.