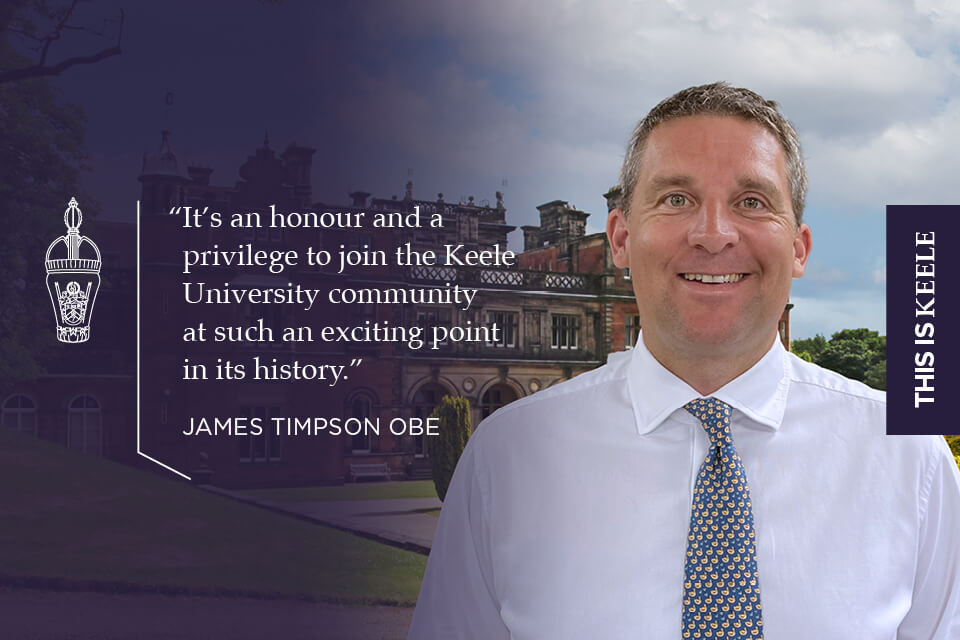 Keele University has named James Timpson OBE as its next Chancellor.

The Chief Executive of Timpson, which employs more than 4,000 colleagues and is one of Britain's most socially responsible retailers, will take over in June from Sir Jonathon Porritt, who has held the post since 2012.

As well as being a successful business leader, James is the current Chair of the Prison Reform Trust and actively supports a number of prison charities and groups. His passion and enthusiasm for business, people, and the wider community was recognised in the 2011 Queen's Birthday Honours List, where he was awarded an OBE for 'Services to Training and Employment for Disadvantaged People'.

He was also the driving force in setting up Employment Advisory Boards in prisons, which act as a link between prisons and employers, making sure that offenders use their time in prison to gain the skills and links to job opportunities they need to head straight into stable work upon their release. They have already been established in 40 prisons and will be up and running in all 91 'resettlement' prisons in England and Wales by April 2023. Currently, around 10% of Timpson’s employees are ex-offenders.

James, who will become the university’s fifth Chancellor since 1962, said: "It's an honour and a privilege to join the Keele University community at such an exciting point in its history. I hope I can be a supportive Chancellor to the fantastic students and staff at Keele in the years to come."

The role of the Chancellor includes being an ambassador for the University and presiding over graduation ceremonies. James will be installed at an official ceremony in Keele Chapel on June 13th.

Welcoming the appointment, Professor Trevor McMillan, Keele University’s Vice-Chancellor, said: "I'm delighted to welcome James to the University. He's joining at a very exciting but also important point in our history, as we continue to grow, develop new avenues of research and education, and increase our impact on the communities we work with."

"I think James will certainly be a big inspiration to our whole Keele community including current students and alumni. His values and ethos are closely aligned to those of Keele, he is passionate about access to opportunity, he champions inclusiveness and personal development, and he believes that the culture he has embedded in the Timpson Group is the reason that the business is such a success."

Sir Jonathon will be delivering a final lecture at the University on Monday 25th April, 6pm to 7pm, entitled 10 Years on: Looking Back to Leap Forward. You can register for free tickets for the event by clicking here.