Comment | Is Boris Johnson lying? A philosopher on why it’s so hard to tell 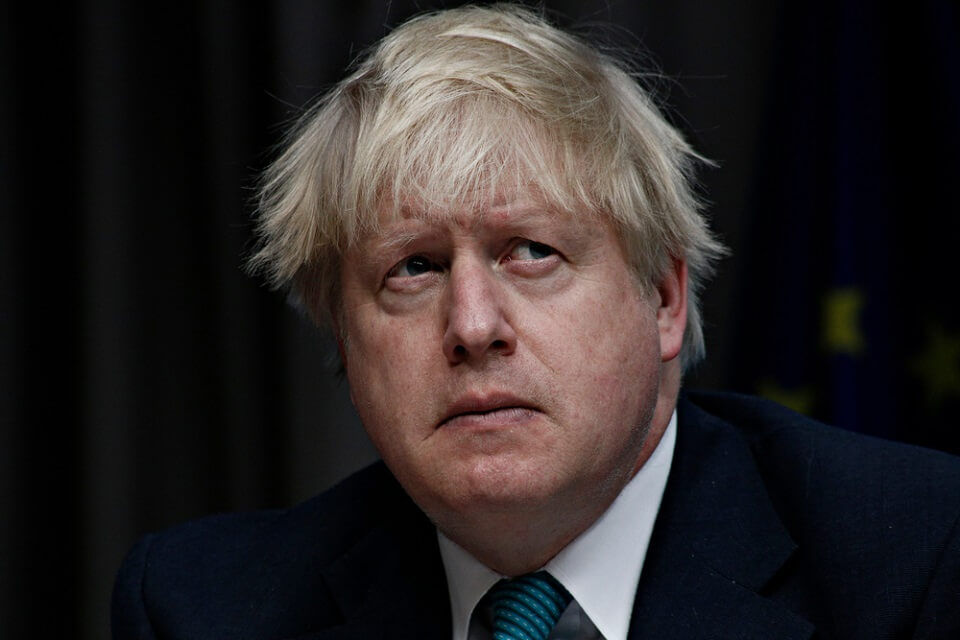 In defending his actions over the partygate scandal, British Prime Minister Boris Johnson continues to insist that he did not believe lockdown rules were broken when government staff gathered socially in Downing Street on various dates during 2020 and 2021.

Johnson has accepted a police fine for one of the events but attention has now turned to whether he has lied to parliament about his actions. That’s because knowingly misleading parliament is a breach of government rules that might require the prime minister’s resignation.

In the most recent Commons statement on his law-breaking, Johnson said that “it did not occur” to him “then or subsequently that a gathering in the cabinet room … could amount to a breach” of the lockdown rules. He has made similar statements in relation to specific events during the period in question. But can it be proven that he was lying when he made these claims?

What is a lie?

An important part of our traditional understanding of lying is that a lie consists of a statement which the liar believes to be false. We may, of course, mislead unknowingly. For instance, we may say we didn’t break lockdown rules, sincerely believing that we didn’t, only to later find out that we did. In this case, our statement is truthful, sincere, but, unbeknown to us, false.

According to a recent poll, 75% of Britons don’t think this applies to the prime minister. They believe he "knowingly lied" about breaking lockdown rules. Only 12% concluded he has misled parliament unknowingly.

Of course, the picture is even more complicated in practice. With sufficiently fine distinctions, the tension between the PM’s various statements can be explained away. To offer one example, Labour MP Catherine West asked in December 2021:

"Will the prime minister tell the house whether there was a party in Downing Street on November 13?"

"No, but I am sure that whatever happened, the guidance was followed and the rules were followed at all times."

The more plausible interpretation, of course, may be that he was denying there were parties in Downing Street. Even if we do take this reading, it still may not be possible to expose it as a lie. That’s because the official record of events – the interim report produced by senior civil servant Sue Gray – only concludes that “gatherings” took place. Gray does not use the word “parties”.

On this reading, Johnson made no statement subsequently proved false by Sue Gray’s interim report. He did not knowingly utter false statements with the intention to convince (which would be a case of lying), and he did not voice false claims, mistakenly believing they were true (which would be an honest mistake). Instead, he formulated true statements (or at least statements not yet proven to be false), which were only misinterpreted as referring to lawbreaking “gatherings”. In other words, his view was only that lawbreaking “parties” did not take place in Downing Street.

We seem, therefore, to end up with three possibilities. If we think the statements made were false, then we either have a case of deception through lies or a case of an honest mistake. The third option is that Johnson formulated true statements which were misinterpreted by the public. This reminds us of an interesting example used by the 18th-century German philosopher, Immanuel Kant. In one of his lectures on ethics, Kant is reported to have used the following example:

"[A] Mennonite swore an oath that he had handed over the money he owed to his creditor, and in a literal sense he could swear it, for he had hidden that very sum in a walking stick and asked his adversary to hold it."

Here the true statement of the Mennonite deceives its addressees by suggesting that it is meant to convey something else than what it actually refers to. This would still be problematic, because although not a case of lying, it is an instance of deceit. If we believe Johnson thought he was involved in a gathering rather than a party, he still broke the law but he didn’t lie to parliament about it.

The theory of 'information disorder'

The three alternatives outlined above fall quite neatly into the three main categories of “information disorder” identified by misinformation researchers Claire Wardle and Hossein Derakhshan in a relatively recent Council of Europe report. These are “disinformation”, “misinformation” and “malinformation”. Recent research showed the relevance of this theory when it comes to sincerity in politics.

In this theory, disinformation refers to information that is false and deliberately created to harm a person, social group, organisation or country. Those 75% of individuals who believe the British PM lied about breaking lockdown rules regard those mendacious statements as cases of disinformation. 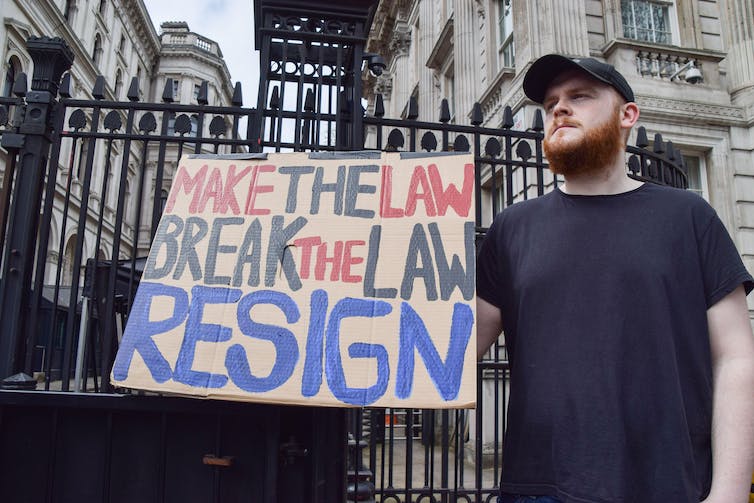 Protestors gathered outside Downing Street after Boris Johnson was fined for breaking the law. Zuma press/Alamy

By contrast, misinformation is information which is false, but not created with the intention to mislead. An example of this would be when someone sees a piece of fake news on their social media feed and shares it, believing it to be true and perhaps even helpful to others. When the British PM is portrayed as having made an honest mistake because he was misinformed about the rules, we have a case of misinformation.

Finally, consider the more speculative picture: Johnson’s claims in parliament are about “parties” rather than about “gatherings”. The problem is that these statements have a deceiving effect, as in Kant’s Mennonite example. Johnson’s statements are true (if we attend to the detail that they refer to parties, not gatherings), but give the false impression that the PM wouldn’t have been breaking the rules if they had been gatherings, when in fact he still would have been – he just wouldn’t have explicitly lied about it.

Johnson’s response would thereby fit into the category of malinformation: information based on reality, but used to deceive.

Whether this is a case of disinformation, malinformation and misinformation, Johnson is in a weak position. Either he engaged in immoral behaviour by lying, misrepresented the truth or he didn’t understand his own rules – and would have to at least admit to incompetence.