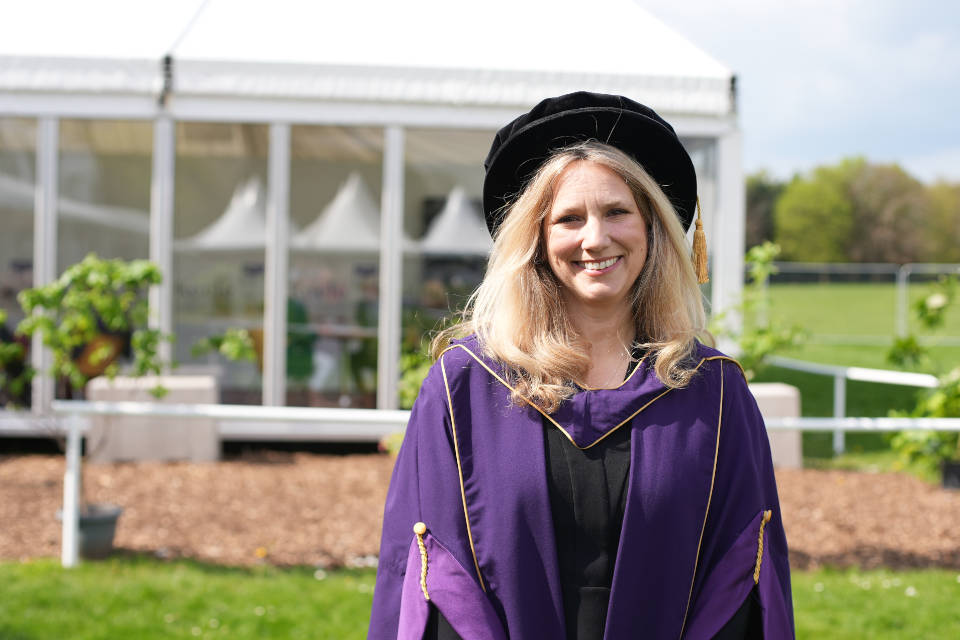 A prominent environmental scientist has encouraged Keele's graduating classes to take a leading role in the "next revolution", with the climate at its heart.

Professor Emily Shuckburgh OBE, Director of the University of Cambridge's climate change centre Cambridge Zero, was at Keele to receive an honorary Doctor of Science degree at this year's graduation ceremonies.

Professor Shuckburgh said it was a privilege to receive the honorary degree at this week's ceremonies, the first to be held on campus in over two years due to the Covid-19 pandemic.

She spoke about the vital role universities play in tackling issues like climate change, not only through ideas and innovation, but through educating the next generation, describing this week's graduates as all being potential "leaders of tomorrow".

She added that North Staffordshire had already played a huge role in the previous Industrial Revolution, and that today's graduating classes had a real chance to be part of the next revolution which will help to tackle the climate crisis, and create a cleaner, healthier, more sustainable, and more resilient society.

Addressing the graduates after receiving her honorary degree, Professor Shuckburgh said: "It's an enormous pleasure and privilege to receive this honorary degree from an institution that is such a leader in sustainability, and for it to be conferred by a Chancellor who is one of the greatest champions of environmental issues and sustainable development."

Professor Shuckburgh also praised Keele's approach to embedding sustainability across all of its campus operations and education, and particularly the work of its institute for Sustainable Futures, saying: "Universities have a critical role to play, in developing the innovations to drive that transformation this involves experts in every discipline - scientists and engineers, philosophers, economists and lawyers, researching ideas that can generate breakthroughs for the common good."