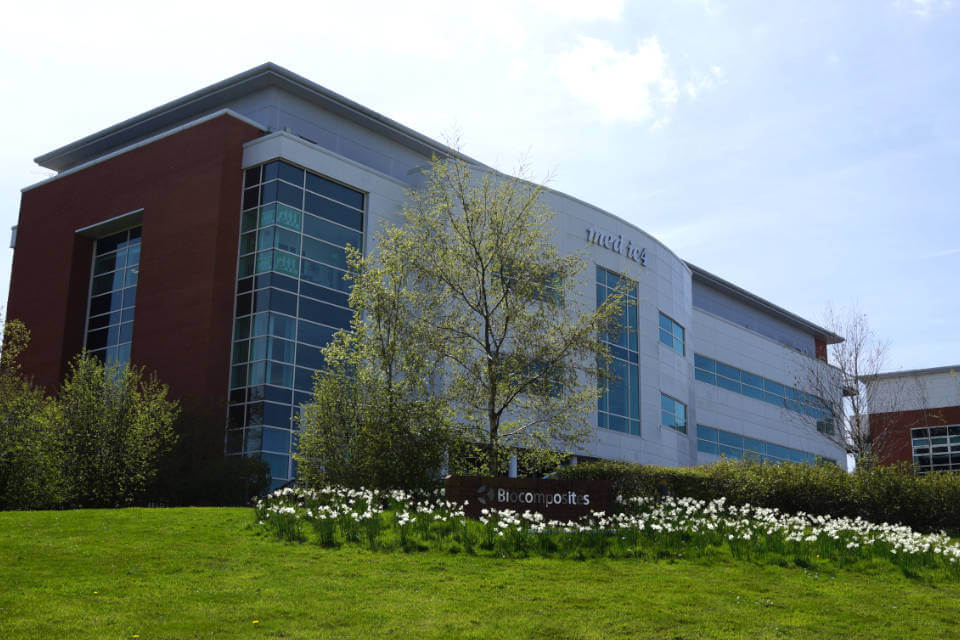 Established in Staffordshire in 1997, Biocomposites employs over 200 people and specialises in the development of innovative calcium compounds for surgical use, targeting infection risks across musculoskeletal infection, orthopaedics, trauma, spine, foot and ankle, and podiatry.

Keele University’s Science and Innovation Park is committed to helping businesses across all industries to innovate and grow, offering companies a business environment that provides an innovative research and development culture, combined with academic expertise and the University’s specialist resources.

The Queen’s Awards for Enterprise is one of the world’s most distinguished business awards, celebrating and recognising enterprise excellence in UK companies. Announced annually by Her Majesty the Queen, the awards follow a rigorous and highly competitive judging process and are only bestowed on organisations that maintain the highest levels of business excellence.

Biocomposites has been recognised in the Innovation category for the innovative development of STIMULAN® Rapid Cure, the first and only calcium sulfate antibiotic carrier that is approved for use in infected bone and soft tissue. STIMULAN was developed to meet the growing need to reduce infection rates in surgical procedures.

Biocomposites has also been recognised in the International Trade category for outstanding continuous growth in overseas sales. Over the last six years, sales have grown by more than 200% from sales of its products into 40 countries, including the United States, the Netherlands, China, Canada and India.

Michael Harris, Chief Executive Officer of Biocomposites, said: “The Queen’s Awards are the most prestigious business awards in the UK and we are proud that Biocomposites has been honoured with two of them. It is very pleasing to see our relentless focus on research and development recognised with an innovation award for STIMULAN as well as recognition for our incredible growth in global markets. I would like to thank the entire team at Biocomposites whose dedication to innovation and helping patients has made this achievement possible.”

Professor Mark Ormerod, Deputy Vice-Chancellor and Provost at Keele University, said "As a long-standing major tenant on Keele University's Science and Innovation Park, I am delighted that Biocomposites have been awarded two Queen's Awards for Enterprise, in Innovation and International Trade. To be one of only 7 organisations nationally to have achieved two highly prestigious Queen's Awards in 2022 is hugely impressive, and recognises not only the very impressive growth of Biocomposites, but also the highly innovative nature of the company and its products."