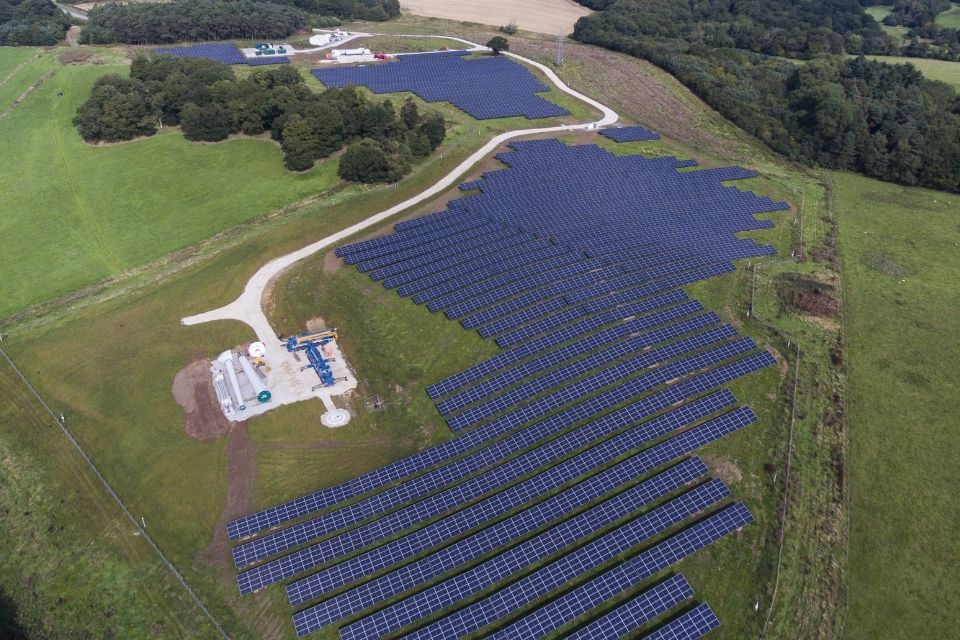 The multi-technology energy park, run in partnership with EQUANS - part of the ENGIE Group - features a wind and solar farm, as well as an industrial-sized battery to store the generated energy.

The installation of 12,500 solar photo-voltaic (PV) panels was completed last week and is now generating energy, and two wind turbines are currently being installed. Combined, they will generate up to 50% of the University’s campus electricity requirements from renewable sources, saving around 1,500 tonnes of carbon emissions each year.

The energy park is managed and financed by EQUANS, a leading energy and services company focused on producing and supplying low-carbon energy. In December 2020, Keele signed a 25-year partnership with the organisation, representing part of the University’s response to the climate crisis through the subsidy-free provision of clean, renewable energy.

Professor Mark Ormerod, Deputy Vice-Chancellor and Provost, and institutional lead for sustainability, said: "Last week was a hugely exciting week for Keele University in terms of realising our ambitions to dramatically reduce our carbon emissions. I'm absolutely delighted that we are now generating really significant amounts of our electricity needs on campus through the successful installation of 12,500 solar photovoltaic panels, and that installation is now underway on the two large wind turbines on site.

“It has been fantastic to work in partnership with EQUANS to successfully deliver this hugely important and strategic project on time despite the challenging external environment. Alongside the campus being home to Europe's largest Smart Energy Network Demonstrator and undertaking major decarbonisation projects, these are really exciting times for the University."

The Low Carbon Energy Generation Park is just part of Keele’s institution-wide approach to sustainability and tackling the climate crisis. Keele was one of the first universities in the UK to declare a climate emergency in 2019 and has also published its Climate Action Framework principles, outlining its holistic approach to tackling the climate crisis. Keele was also named ‘Global Sustainability institution of the Year’ at the 2021 International Green Gown Awards, an international awards scheme celebrating the efforts of higher and further education institutions to promote and embed sustainability across all of their operations.

The results of the landmark HyDeploy trial on Keele campus were also published last week, showing the huge potential that blending hydrogen into the gas network has for drastically reducing carbon emissions. The results of the trial, led by Cadent Gas in partnership with Keele University, demonstrated that hydrogen can be blended at up to 20% into natural gas networks with no adverse effects for users, but with the potential to drastically reduce carbon emissions.