Comment | Devices that help people function in every day life are costly in Africa: here’s why 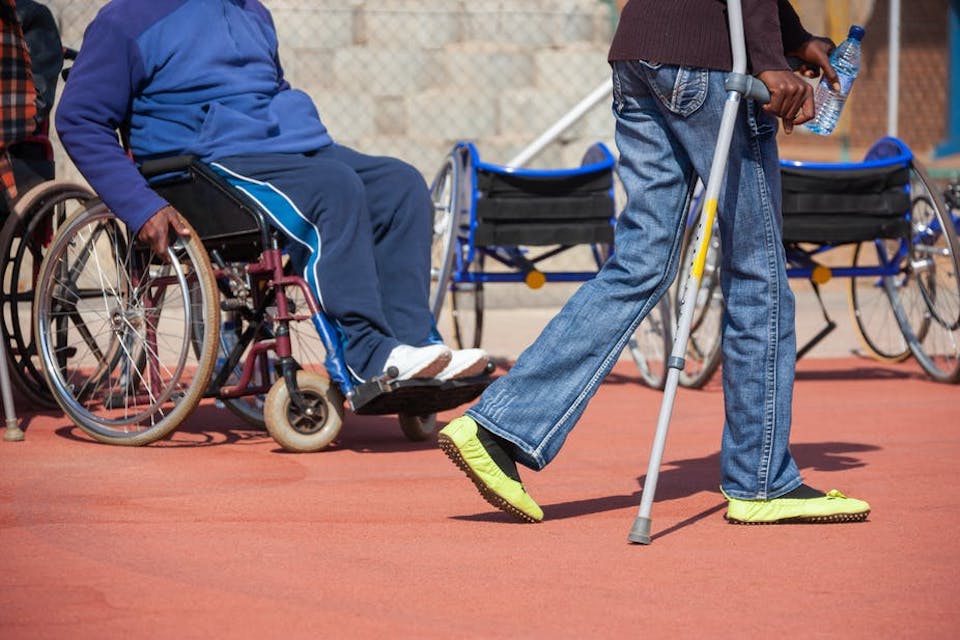 Everyone has a right to certain products and devices that can help them function in everyday life. This is the stance of the World Health Organisation (WHO), which has published a list of the most important of these devices. It includes things like walking aids, wheelchairs and braille displays.

But assistive technologies, as they are called, are difficult to access in many parts of Africa. This is a huge problem because the prevalence of disabilities on the continent is estimated at 15.6%. With a population of more than one billion, the number of people in need of at least one assistive product in Africa stands at over 200 million, and that figure is projected to double by 2050.

The WHO estimates that only about 15% to 25% of those in need of assistive technology products in Africa currently have access to them.

Our research sought to find out why and to offer solutions to this problem.

Assistive technologies are functional, adaptive, and rehabilitative devices. Not only does the WHO support a global commitment to making them more easily available, the United Nations also regards them as a basic human right. This is because some people need them in order to exercise their rights.

Without access to the assistive technology they need, people can face exclusion and are at risk of poverty. They may also be perceived as a burden to their families and society. The positive impact of assistive technology products goes far beyond improving the health and well-being of users. There are also the socio-economic benefits of reducing direct health costs and having a more productive labour force, indirectly stimulating economic growth.

The 2006 UN Convention on the Rights of Persons with Disabilities and its optional protocol was negotiated quickly and well supported by member states. It was also the first human rights convention to be open for signature by regional integration organisations. But its implementation has been shaky, particularly in the Africa.

We believe this is best explained by the idea of economic and political institutional voids. These are basically gaps in political and economic systems, trade policies and markets. An absence of specialised intermediaries, regulatory systems and contract enforcing mechanisms creates higher transaction costs for doing business or even entering markets.

Seeing the problem in this way also helps to show how to solve it and achieve fair access to assistive technologies.

First, there is little production of assistive technologies in Africa because the parts are generally expensive to make. Many indigenous producers use crude and unstandardised materials.

Second, assistive technologies that are not produced locally are expensive to import. There are no unified tariff structures for them within the continent. This means that costs vary widely from country to country. Often, when assistive technologies do get imported despite high tariffs, they might need to be adapted for the local environment. This increases the costs even further.

Third, assistive technologies are mostly excluded from health financing and insurance schemes on the continent. They are not often included in central medical store catalogues.

Fourth, there aren’t enough people at all levels of the health system with the required knowledge and skills to provide assistive technology services and products.

Fifth, and most crucially, there is no unified governance framework for assistive technologies on the continent. And there’s a widespread lack of awareness about why they are needed and how they can improve the lives of people who need them.

Most African countries do not have national assistive technology policies or programmes. As a result, access to assistive products is difficult and many are left behind.

African governments need to provide leadership, coordination and resources to plan and implement policies that increase access to assistive technologies.

Acting on the WHO African regional framework is a good place to start. The framework has modest aims. For instance, it calls for 40% of African member states to have assessed their assistive technology situation and developed a national strategy to improve access by 2024. This will help 40% of the population in Africa that needs assistive products to get them without suffering financial hardship.

The African Union can learn from the European Union. The European Parliamentary Research Service has commissioned and published an in-depth report of assistive technologies. The report covers economic, political and socio-ethical perspectives and it tries to implement the declarations that assistive technologies are a basic human right. Such a focused and thorough evaluation is missing in Africa.

To produce technologies on the continent, the African Union should develop a market strategy. The current market is one where the players are left to fend for themselves, and so face high operating costs. These costs ultimately make assistive technologies expensive.

Producers should also embrace frugal innovation – the process of reducing the complexity and cost of an item and its production, usually by removing nonessential features.

Qualified personnel are another part of the solution.

Finally, but maybe most importantly, there is a need for a structured enquiry to highlight the gaps in economic, political, scientific, and clinical knowledge for assistive technology development and deployment in Africa – and a unified approach to solving the problems.

This would help millions of people in Africa to achieve their basic rights such as access to education, freedom to live, and the right to work.