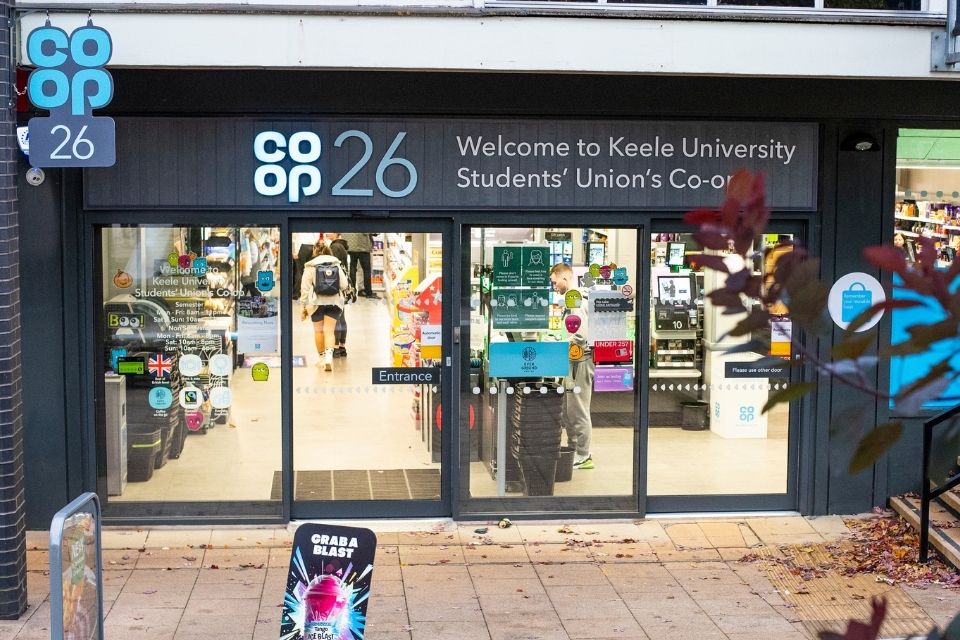 Keele Students’ Union’s Co-op store has been chosen as one of just six nationwide - from over 2,500 branches - to be rebranded as Co-op26, in recognition of the 26th UN Climate Change Conference of the Parties (COP26) which takes place in Glasgow this month.

Alongside stores in Glasgow, Manchester, and London, the Keele store has had a Co-op26 makeover as part of a nationwide campaign to get people asking questions about how they can reduce their carbon emissions.

There is additional information about Co-op's climate credentials in-store, alongside customer guidance on the changes individuals can make to minimise their own carbon footprint.

Holly Brooks, Keele SU’s Union Development and Democracy Officer, said: “It is amazing to see our shiny new Co-op store chosen to be a flagship store as part of a nationwide campaign.

“We chose to work with the Co-op as their values and vision really aligned with what our Students’ Union believes in and I am so happy to see students loving the new store, and to see such a big brand like the Co-op recognising Keele’s impressive sustainability credentials.”

The Co-op26 campaign celebrates the Co-op's recently announced partnership with ‘Count us In’ which aims to encourage one billion people to take practical steps in their own lives to reduce carbon pollution, including eating more plants, switching energy suppliers, and cutting down on food waste.

The new store on campus opened in September this year, bringing a wider retail offer to students, staff and the local community, and is run as a franchise operation by Keele SU.

The store also aligns with Keele’s priorities of embedding sustainability across all campus operations, thanks to sustainability initiatives such as their soft plastic recycling scheme, meaning all Co-op own brand food packaging at the campus store is completely recyclable.

Visit the Co-op website to view their climate change action plan or to make a pledge.