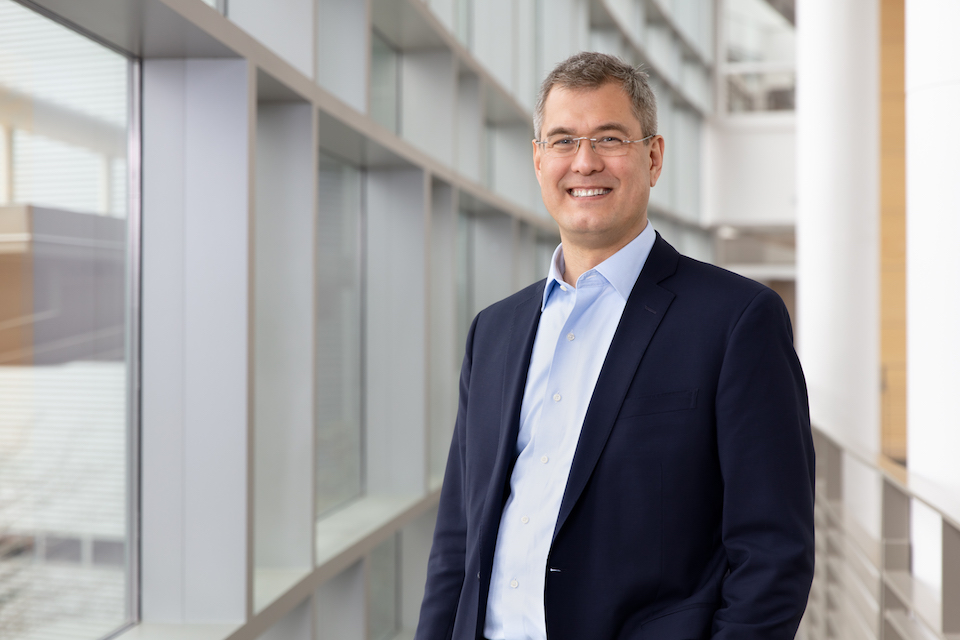 After applying to Keele through clearing, Ken Andersen shares how his undergraduate and postgraduate degrees in Maths and Physics propelled his career in neutron science research which has taken him around the world.

I grew up in Denmark and ended up at Keele through clearing, graduating in 1988. I originally wanted to study Maths and Computer Science but the only offer I got was Maths and Physics. Although I didn’t originally want to do Physics, I am so glad that I did study the subject as I have now made it my career. I did an undergraduate degree, a Master's and a PhD at Keele which was supported by a studentship with the Institut Laue-Langevin (ILL) in France, so I spent half of my PhD in the UK at Keele and half at the ILL in Grenoble.

I spent the next few years working in laboratories all over the world including in Japan, the ILL in both a scientist and a management role, and the ISIS Neutron and Muon Source at Rutherford Appleton Laboratory. My family then moved to Sweden in 2010 when I got a job working at the European Spallation Source, which had just begun construction and I really wanted to be part of building that up.

After our children had left home to go to university, my wife and I decided it was time for our next adventure and made the move to the US in January 2020 where I am now working as Associate Laboratory Director for Neutron Sciences at Oak Ridge National Laboratory (ORNL) in Tennessee, taking over from Paul Langan, who also did a PhD at Keele!

The ORNL is sponsored by the US Department of Energy and delivers scientific discoveries and technical breakthroughs needed to realise solutions in energy and national security and provide economic benefit to the nation. Neutron scattering is one of the key techniques for developing the new materials needed to enable future technologies, such as those that will deliver carbon neutrality.

Professionally things have worked out fantastically for me. I now find myself heading an organisation of around 700 people, operating one of the best scientific neutron facilities in the world – it is a real privilege.

Everywhere I have worked I have always wanted to get to know the people I work with and in a way it is similar to the campus experience of Keele where everybody knows of you, and you know of everybody else - it was really fun and is something I try to reproduce in my professional life.

I had a brilliant time at Keele and really loved living on a campus. I lived in Hawthorns and met my wife there who was studying English and American Studies. It was great knowing so many people at Keele and we loved the sense of community. I also joined the rowing club where we got to go and row at Trentham Gardens as well as joining the Arts Umbrella.

Going to a place like Keele, where at the time you had to study two subjects, meant I ended up pursuing something I never would have thought of. Studying Physics ended up being the happiest of accidents and it is what I have ended up doing for my whole working life. I also met my wife through doing an elective subject in French, which came in very handy when we ended up moving to France!

I would say to students now, not to worry too much! A lot of things that happen to you are often random, like me studying Physics - I didn’t choose that but it worked out. You can spend a lifetime trying to make the perfect plan but at the end of the day there is a lot of random stuff that just happens to you. Make the most of that. In my experience if you take opportunities things will work out in some way.