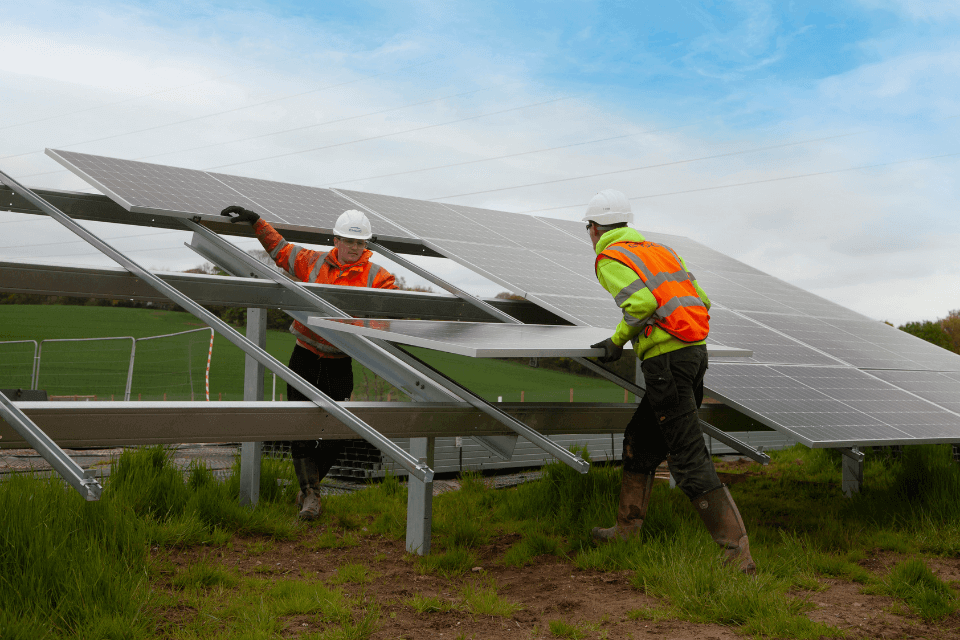 The installation of 12,500 solar panels at Keele University has started this week, as part of a major low carbon energy project supporting the University’s pledge to be carbon neutral by 2030.

The solar photo-voltaic (PV) panels are being installed at ground level in fields on the edge of the campus as part of the University’s low carbon energy project. Two large wind turbines and an industrial size battery for storing generated energy will also be installed later this year.

The solar panels will be managed and financed by ENGIE, a leading energy and services company focused on producing and supplying low-carbon energy, which has agreed a 25-year deal with Keele to fund, design, build and operate a multi-technology energy park that will generate at least 50% of the University’s campus electricity requirements from renewable sources.

The combined carbon emissions savings from the wind and solar farm will be around 1,500 tonnes per year.

Professor Mark Ormerod, Deputy Vice-Chancellor and Provost and institutional lead for sustainability, said: “The installation of the first solar panel on our new Low Carbon Energy Generation Park is a significant moment in our journey to becoming a carbon neutral campus.

“This is a really exciting step for the University and the installation of the solar panels reflects Keele’s commitment to providing as much of its electricity requirements as possible through on-site renewable energy generation to minimise our carbon emissions.”

Keele was one of the first universities in the UK to declare a climate emergency in 2019 and has recently published its Climate Action Framework principles, outlining its holistic approach to tackling the climate crisis. Keele was also named ‘Sustainability institution of the Year’ at the 2020 Green Gown Awards, a national awards scheme celebrating the efforts of higher and further education institutions to promote and embed sustainability across all of their operations.