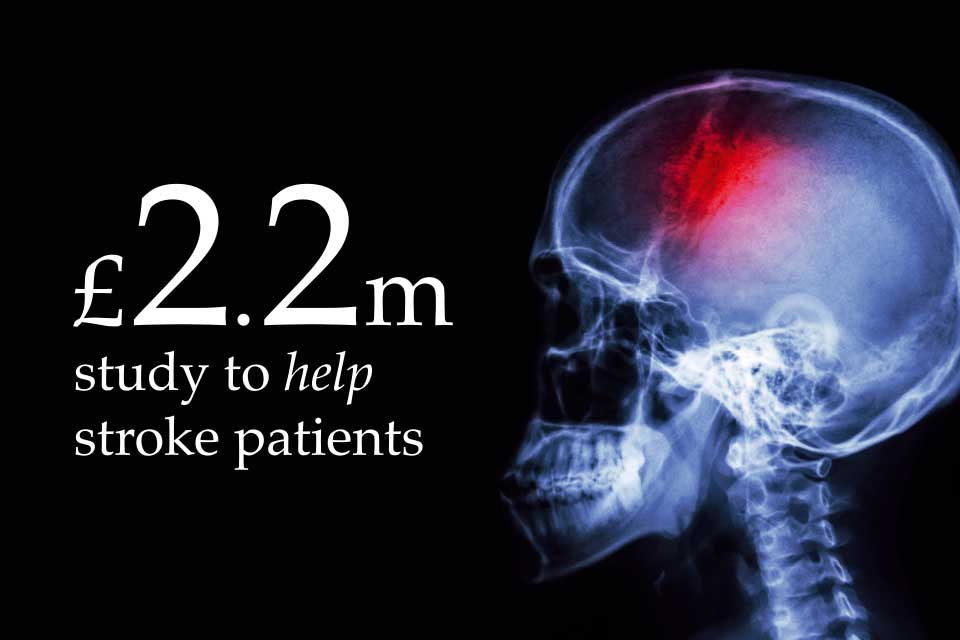 Researchers from Keele University’s School of Medicine are leading a study to assess whether a commonly used anti-sickness medication could prevent patients from developing pneumonia or even dying prematurely after suffering a stroke.

The researchers have received £2.2m from the NIHR Health Technology Assessment funding programme, to assess whether the drug metoclopramide is an effective treatment option for stroke patients in a bid to reduce the number of deaths.

Stroke is the fourth most common cause of death in the UK and, despite huge progress over the last 20 years, the only treatments shown to reduce death rates among stroke patients are admission to a specialist stroke unit, prevention of blood clots by leg pumps, and surgery for brain swelling.

To address this problem the researchers conducted a small pilot study in one hospital, which suggested that metoclopramide, an anti-sickness drug, may prevent pneumonia in patients with severe stroke when given regularly in the first two weeks after the onset of the stroke.

They now aim to confirm this finding in a wider range of hospitals and to establish whether this can also reduce the number of patients who die from stroke in their new study, referred to as MAPS-2.

To do this they will assess over 2000 patients from 90 hospitals across the UK, with half being given a regular dosage of metoclopramide for two weeks after a stroke, and the other half receiving a placebo. The researchers will then follow these patients up after six months to assess survival, functional recovery, and quality of life.

Professor Christine Roffe said: “Pneumonia is a major killer after stroke, and we are so delighted that we have been given the opportunity to test this treatment, which could make a big difference to mortality, and possibly also reduce antibiotic use.”

Brin Helliwell, a stroke survivor, who is also part of the research team, says: “Pneumonia set back my early improvement by several weeks.”

Dr Anushka Warusevitane from the University Hospital North Midlands NHS Trust, who devised the pilot study as part of her PhD at Keele said: “Prevention of pneumonia in stroke patients could lead to faster recovery and an earlier discharge from hospital.”