Keele researchers study how rehabilitated hedgehogs behave after their release 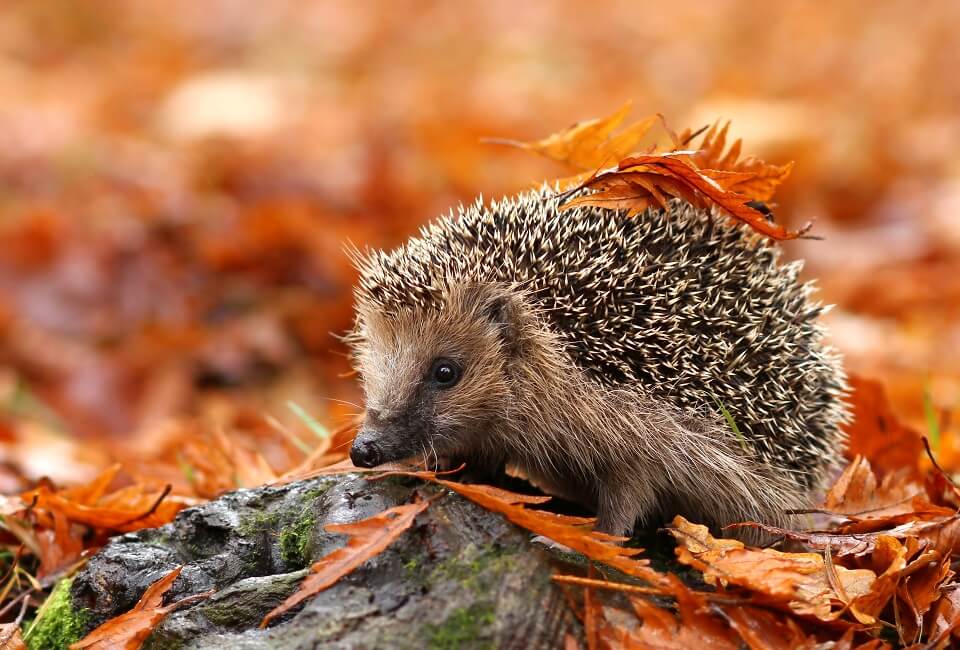 New research led by Keele University will investigate how rehabilitated hedgehogs behave when released back into the wild, as featured on BBC Springwatch today, June 10th.

Led by Professor Dawn Scott, Head of the School of Life Sciences and a renowned expert on UK wildlife, the research team will investigate how hedgehogs fare when they are released during the spring after being in rehabilitative care over the winter months.

Hedgehog populations across Europe have declined by 50% over the last 10 years in the countryside, and about 30% in urban areas. Researchers estimate that there could now be fewer than one million left in the UK. Hedgehogs are also the mammals which are most frequently admitted to wildlife rehabilitation centres in the UK, with numbers admitted appearing to be increasing despite the population decline.

Many hedgehogs are admitted to rehabilitation in the autumn, with a significant proportion kept in over winter due to health or weight concerns. The majority of those admitted are thought to be juveniles, and therefore have had less experience of living in the wild compared to adults.

The hibernation period in the UK typically lasts from November to April, after which rehabilitated hedgehogs are release back into the wild, ideally at the point where they have been found, but sometimes this is not possible and so a new suitable location needs to be found.

The findings from this study will therefore help conservationists to increase hedgehog survival and breeding success by helping them understand the optimal conditions for releasing rehabilitated animals.

Professor Scott said: “Wildlife rehabilitators spend a lot of time and money caring for hedgehogs and ensuring they are fit and healthy to return to the wild, but we don’t really know what happens to them after release and how they cope with being back in the wild. Can they find enough food and be able to forage naturally? Do they move around enough to be able to locate other hedgehogs and breed? Can they avoid predators?

“Some studies have shown post release survival is very low. For rehabilitated hedgehogs to have the best chance of being back in the wild, we need to understand how they behave after they are released, so that we can ensure they are both physically and behaviourally ready to return to the wild.”

This research is being carried out in collaboration with the local Newcastle Hedgehog Rescue Centre in Newcastle-under-Lyme. The research will use GPS tags to study the fine scale behavioural patterns of both rehabilitated and wild hedgehogs to see how overwinter captivity affects the post release behaviours of rehabilitated hedgehogs compared to wild hedgehogs. The tagged animals will be re-caught humanely and have their tags removed after seven days.

It is hoped that the research will contribute to rehabilitation practices and help us to understand how we can maximise the chances of successful reintroduction to the wild. The research forms part of a wider study on wildlife rehabilitation currently being led by Professor Dawn Scott, an expert in Mammal Ecology and Conservation, and PhD student Kate Davies.