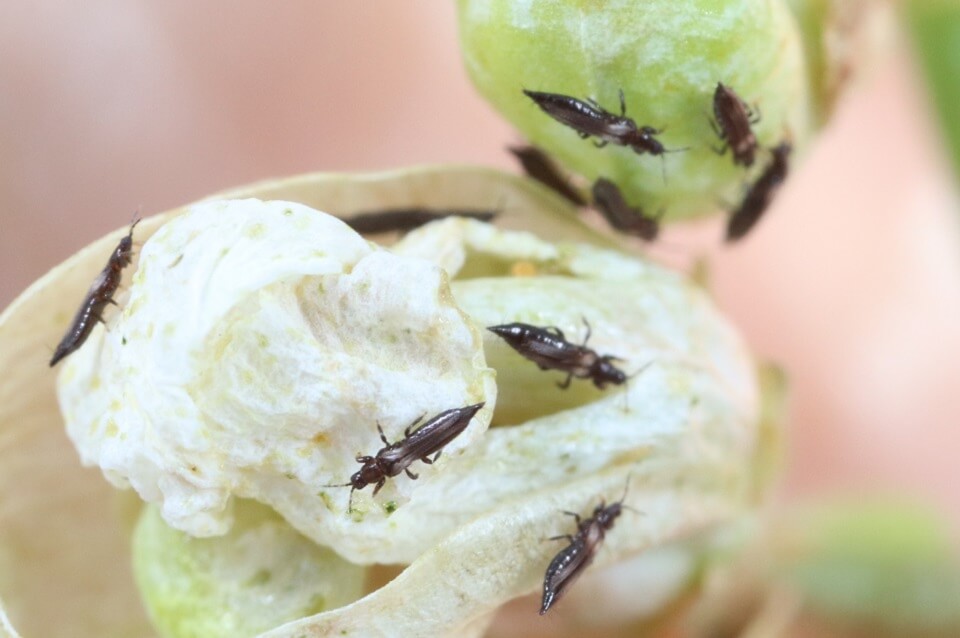 An international team of researchers led by a Keele scientist has gained a greater understanding of the mating behaviour of a devastating African crop pest, which will help them to develop better methods of pest control and management.

Led by Professor William Kirk, the researchers studied the mating behaviour of bean flower thrips, an insect that damages legume crops such as cowpea in sub-Saharan Africa and causes huge crop losses for growers and smallholder farmers.

The researchers observed the interactions between male and female thrips, with the ultimate goal of understanding their behaviours to inform new methods of pest control. Their findings, published in Scientific Reports, showed that the age of both the males and the females had an impact on mating choices.

Their study showed that females violently resisted any attempts by males to mate with them, but it was not clear whether this was indiscriminate resistance or a way for females to choose the most suitable males. Additionally, younger male insects (1-2 days old) did not discriminate females by age, but older males (7–10 days old) avoided mating with older females.

Professor Kirk said: “These tiny insects show some fascinating behaviour that is hard to explain but may offer the key to designing safer pest management methods in the future.”

The study was carried out as part of the SAFARI project, funded by a Global Challenges Research Fund (GCRF) Foundation Award for Global Agriculture and Food Systems Research from the BBSRC, which aims to increase food security by reducing our reliance on pesticides.

Understanding the mating behaviour of pests like bean flower thrips gives the researchers a greater insight into their ecology and biology, which can prove invaluable for developing new methods of pest management.

The bean flower thrips is one of more than 6,000 species of thrips that have been identified, and understanding the similarities and differences in the behaviour of each species can be a useful tool in controlling them.

The research team was made up of Professor Kirk and colleagues from icipe in Kenya, Osun State University in Nigeria, and Harper Adams University in the UK.