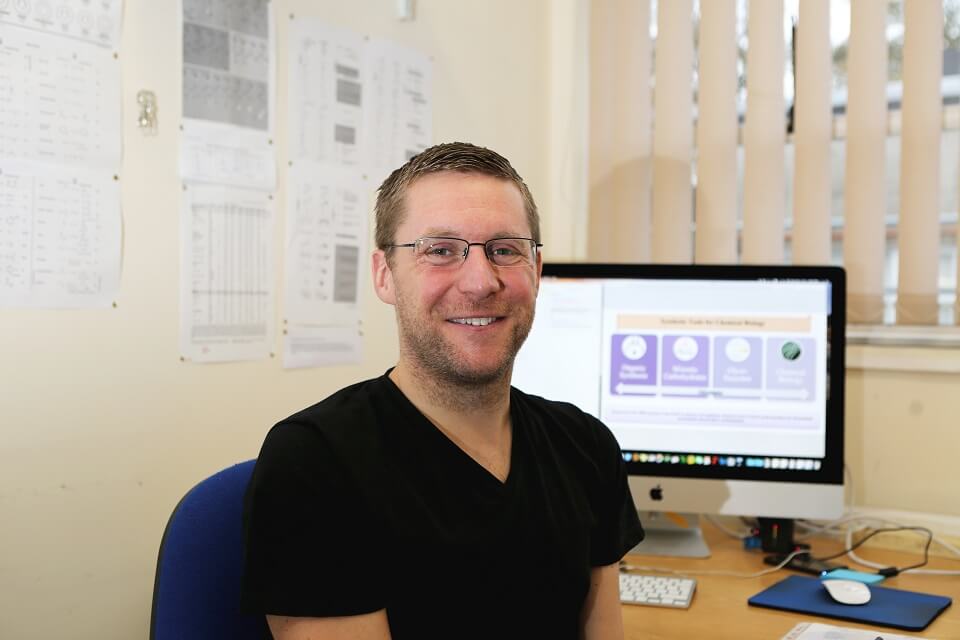 Keele’s Dr Gavin Miller has won a prestigious prize from the Royal Society of Chemistry (RSC) for his groundbreaking research in carbohydrate chemistry.

Dr Miller, a Senior Lecturer in Organic Chemistry, has been awarded the 2021 RSC Carbohydrate Dextra Award, a prestigious prize given to an early to mid-career scientist for meritorious work in carbohydrate chemistry that has largely been conducted in the UK.

Past winners of this award include Nobel Prize winner Fraser Stoddart, and this year's honour was awarded to Dr Miller for his research into creating new probes for chemical glycobiology and for the application of non-native carbohydrate structures in medicinal chemistry. He will deliver his award lecture and will be presented with the Dextra medal at the next RSC Carbohydrate Group Winter meeting.

In reviewing Dr Miller’s nomination, the judges commended his creativity, the high quality of his research, and his commitment to international collaboration.

Dr Miller said: "I would like to thank my research team for all their hard work and dedication and the UK and ROI carbohydrate community for their continued support and fruitful collaborations. I am humbled to receive an accolade of such merit."

Professor Carmen Galan from the University of Bristol, who nominated Dr Miller added: "Gavin Miller has established himself as a world-leading expert in carbohydrate research and glycosciences. His long list of research accomplishments and service commitments serves as solid evidence that he has a strong commitment to continuing this in the future.”