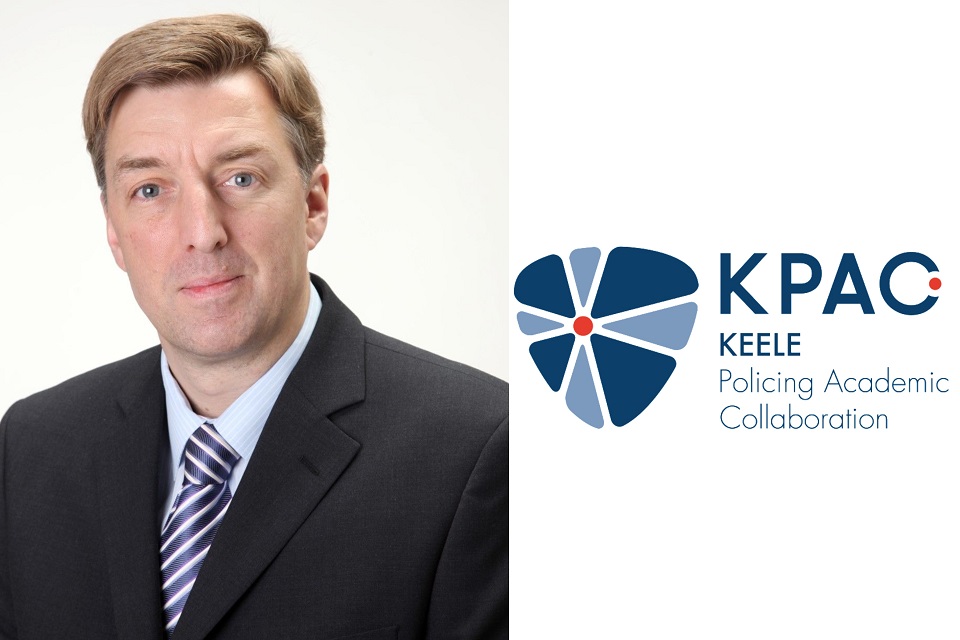 A policing and security expert with more than 30 years’ experience of police and security work in Asia has been appointed as an Honorary Fellow by the Keele Policing Academic Collaboration (KPAC) to support their ongoing research.

Martin Purbrick has been appointed as an Honorary Fellow in KPAC to support their research in policing with a greater focus on public order and criminology in Asia, having spent the past 32 years working in China himself, primarily in Hong Kong.

He is now the Institute Director of the Asia Scotland Institute, but throughout his career Martin has been involved in multiple policing and risk management roles. He joined the Royal Hong Kong Police (RHKP) in 1988 and served in Special Branch focused on counter-terrorism, as well as illegal arms dealing.

Martin’s next role in the RHKP was in the Criminal Intelligence Bureau, managing intelligence research and analysis relating to triad societies and organised crime, largely connected to business in China. His final posting was in the Commercial Crime Bureau investigating major fraud cases, most of which involved the growing business with China in the late 1990s.

As a Director with the Hong Kong Jockey Club, Martin reported to the CEO and was part of the core team that designed, built, and opened the first new thoroughbred racecourse in China since before the 1949 Revolution. Martin was also responsible for crowd management at racecourses with attendance of up to 100,000 people and led the strategy for safety.

Martin has had several articles related to policing, criminality, and terrorism published in Asian Affairs, the journal of the Royal Society for Asian Affairs, as well as the Oxford Journal of Policing.

Martin said: “It is an honour to join KPAC at Keele University and assist Professor Stott and his team with ongoing research into policing and the challenges it faces. This is an important time to add research of policing in Asia given the economic importance of the region as well as the need for police agencies in many jurisdictions to modernise.”

Professor Clifford Stott, Professor of Social Psychology, Dean for Research in the Faculty of Natural Sciences, and Director of KPAC, added: “We are very pleased to have Martin join us to assist our research into policing and criminal studies relating to Asia and to add context to aspects of our studies from his own experience in Asia.”