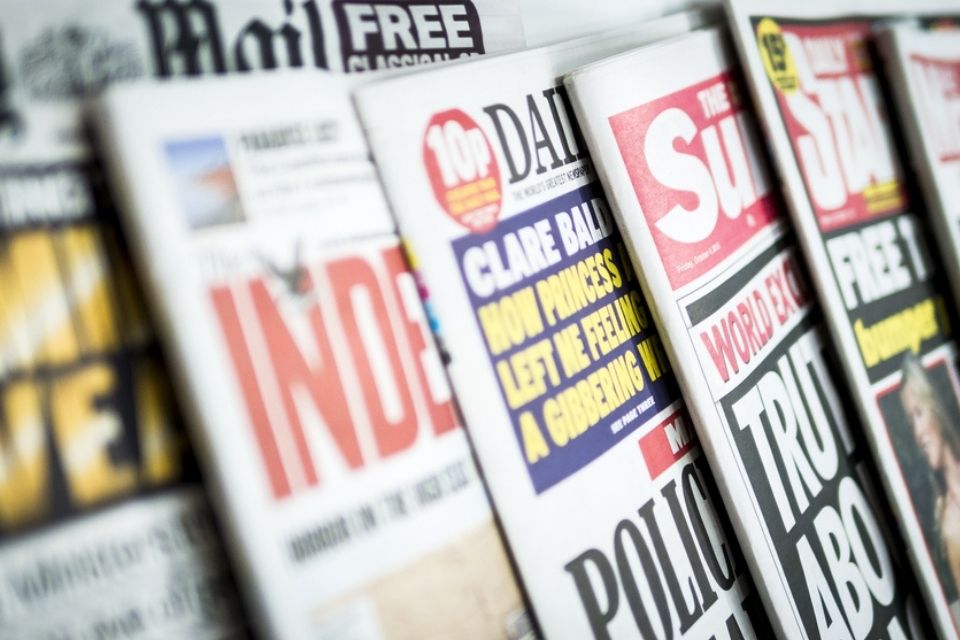 Dr Pawas Bisht from Keele's School of Humanities writes for The Conversation UK.

Britain’s right-wing tabloids have historically not been champions of action on climate change and other environmental issues. In fact they have prominently opposed such action, regularly providing space for climate scepticism and running frontpage stories that challenged the existence of global warming and its relationship to human activity.

In this context, the recent launch of a “major new” environmental campaign by the Daily Express for a “Green Britain Revolution” has generated an understandable mix of surprise, distrust and wary welcome from long-term supporters of environmental change.

The Sun has also launched a less prominent but similarly focused “Green Team” campaign encouraging its readers to make “small lifestyle changes to help save the planet”. The paper has also appointed a dedicated correspondent to provide sustained coverage of the run up to the UN’s COP26 climate change conference in Glasgow in November 2021.

Whatever the reason for their new-found concern for environmental action (and it’s still not clear how much the overall editorial line has changed), UK tabloids require new kinds of storytelling. Climate change is a notoriously difficult story to tell. Many of the existing frames have been seen as too negative, too reliant on doom and gloom and apocalyptic scenarios, or perceived as elitist and “holier-than-thou”, too eager to blame unthinking ignorant consumers.

I have researched environmental storytelling in my work for the past ten years. So, how have historically right-wing tabloids, that in the past denied and belittled climate change, framed the issue so that it is relevant to their largely conservative readerships?

The campaigns – and the reporting accompanying them – demonstrate astute understanding of the need to make environmentalism resonant with the moral and emotional values of their readership. Nationalism, invoking a history of global leadership on the part of the UK, and green entrepreneurialism, the promise of a prosperous future for the nation powered by a green economy, are two key components of the storytelling.

The Daily Express campaign for instance is presented as a national mission, a “green crusade”. The headline accompanying the launch invites readers to get behind the “Green Industrial Revolution” positioning the industrial revolution as a glorious heritage of “ingenuity and ambition” that will engender the new green future.

The narrative is further personified in the choice of “green entrepreneur” Dale Vince as a key spokesperson for the campaign. Vince is a former hippy who now owns the electricity company Ecotricity, and his life story of making millions from green energy companies emphasises a “can do” optimism and a focus on technological solutions to environmental crises. The pandemic is also used as part of the narrative. Britain’s role in the development of the COVID vaccine is cited to strengthen the claim the country should lead the global environmental challenge.

Overall, the climate crisis is presented as a problem that is eminently solvable through green energy technologies and entrepreneurial innovation. These are areas where Britain has existing global strengths, and therefore it is seen as an opportunity for a glorious national revival that is both morally sound and materially prosperous.

Limits and dangers of green nationalism

What we are seeing is the development of a story about environmentalism informed by nationalistic pride and the promise of a materially better future. If successful, this kind of storytelling would allow an older and more conservative readership to feel part of the wider environmentalism narrative, and as a result they might even put their weight behind demands for urgently required policy action.

In the long term, it may help to gradually shift some established conservative political orthodoxies that have prevented climate action. For instance, a key demand of the Daily Express campaign is for the UK government to actively intervene in the economy – using taxes, subsidies and regulations to favour greener enterprises and penalise those that harm the environment. This idea of active intervention from the state in the market in favour of a green economy is a significant shift in conservative political values.

On the other hand there remain significant problems. The invocation of the national frame, here presented as global leadership motivated by ecological concerns, could easily slip into a more problematic and exclusionary vision of preserving “a green and pleasant land”. A linked problem of a retreat into the local, already evident in the Sun’s urge to “go local, buy local”, is that it removes focus from the systemic and global issues underpinning climate change and pollution.

Finally, the uncritical narrative of a glorious national past and prosperous green future silences issues around inequalities in the experiences and effects of environmental degradation both within the UK and globally. Neither the Express nor the Sun afford much space to global climate justice and the narratives and demands of environmental movements from the global south. Ultimately, these are significant limitations that should temper our enthusiasm.