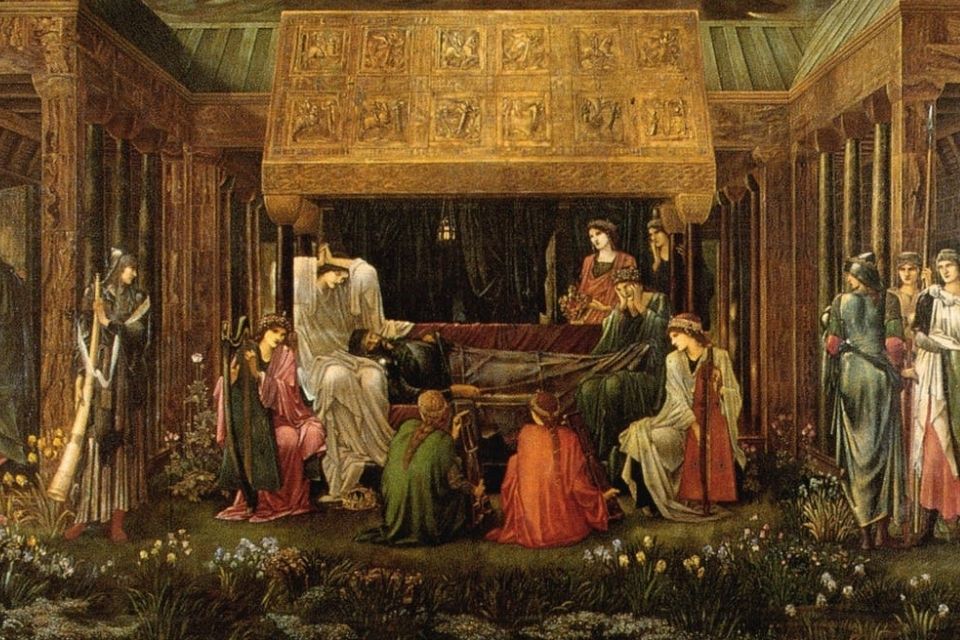 Amy Louise Blaney, a PhD Student from Keele's School of Humanities, writes for The Conversation UK.

Justice League director Zach Snyder has said he is interested in working on a “faithful retelling” of Arthurian myth. Cut to a small horde of Arthurian scholars (myself included) entering stage left to loudly proclaim that there is no such thing as a “faithful retelling” of the King Arthur myth. King Arthur is one of the most pervasive legends of all time. What scholars call the “Arthurian mythological concept” has developed over several centuries – and over several cultures. Indeed, what makes the Arthur legend so enduring is its very lack of fidelity.

Although many of us today get our first taste of the Arthurian legend from films such as Guy Ritchie’s King Arthur: Legend of the Sword (2017) or TV shows such as the BBC’s Merlin (2008-2012), the core elements of the story that we recognise remain largely medieval.

Arthur’s name first appears in the work of ninth century Welsh historian Nennius. However, the legend as we know it today – knights in shining armour, damsels in distress, Round Table, Holy Grail etc – gallops into view from around the 12th century onward. This heralds the start of what is now known as the “Romance Tradition”.

The Beguiling of Merlin by Edward Burne Jones depicts the wizard being seduced by the Lady of the Lake. Wikimedia

Chances are that if you’ve read a version of the Arthur story today it is likely to be one of these Romances – most likely Thomas Malory’s 15th-century Morte D'Arthur or an early 20th-century re-telling such as TH White’s The Once and Future King. The tradition also proved very popular with the Victorians – especially with the Pre-Raphaelites, whose visual depictions of Arthurian legend frame the way we see the legend today.

For example, their paintings popularised captivating female figures such as the virginal Maid of Astolat (or Shallot), the dangerous enchantress Morgan Le Fay and the beguiling Lady of the Lake, the temptress Nimue.

One thing that remains consistent throughout the centuries however is the Arthurian myth’s ability to remain relevant to the people, countries, and eras in which it is being retold.

In the late 17th-century, for example, Arthur was enlisted in the wake of the Glorious Revolution of 1688 as a means of bolstering support for the new Protestant regime and their political allies. Physician-poet Richard Blackmore wrote two lengthy epic poems – Prince Arthur (1695) and King Arthur (1697) – comparing the new King William III to Arthur and praising the way in which the monarch’s religious (and, crucially, Protestant) piety would “fresh Life to Albion […] impart”.

This was certainly not the first time Arthur had been associated with the English throne. Both the Tudors and the Stuarts adopted the mythical king to suit their own political purposes, with Henry VII going so far as to repaint the Winchester Round Table with a Tudor Rose at its centre. The paint job was probably in honour of a state visit by the Holy Roman Emperor Charles V in 1522 and – just to ensure that Charles got the message – Henry also had himself depicted on the table, sitting in Arthur’s place.

Nor was it the last time that Arthur would find himself so conscripted. Elements of the Arthurian story – most notably the figure of Merlin – were used in the early 18th-century by the Hanoverian monarchs and their supporters to bolster their own claims to an inherently “British” identity.

Queen Caroline, a clever and well-informed curator of her own public image, capitalised upon the 18th-century’s rediscovery of its national history through ancient heroes. In collaboration with architect William Kent, she developed Merlin’s Cave – a name suggestive of a grotto but in reality more of a thatched folly (a round house with a thatched roof) designed around the Merlin myth – in the gardens at Richmond in 1735.

Numerous panegyric poems – poems designed to publicly praise and flatter – followed including two by “a lady subscribed Melissa”. The first praises “Her Majesty Queen Guardian” as the inheritor of Merlin’s legacy. The second, entitled Merlin’s Prophecy, envisages Frederick, Prince of Wales as “Ordain’d, to wield the Sceptre Royal […] And rule o'er Britons, Brave, and Loyal”.

As these examples illustrate, the one thing we can really say with any certainty about the Arthurian mythos is that fidelity is – as with any myth – an impossible concept.

Arthur has come a long way since his ninth century origins and our modern interpretations show no signs of altering that trend. Whether it’s making us laugh about the airspeed velocity of an unladen swallow in Monty Python and the Holy Grail (1975) or putting women centre stage in Cursed (2020), the appeal of Arthur’s mythical world is its adaptability.

He might be “The Once and Future King”, but there’s no such thing as faithful in Arthur’s mythical world.